America needs health care not Insurance care! Get rid of the Filibuster 5! 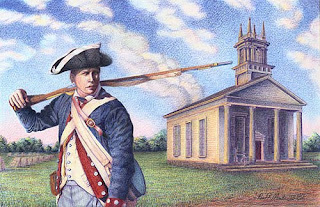 Conservatives are a problem, in this case it is conservative Democrats! Obama should campaign against them! Conservative Democrats are already conniving to defeat the opt out public option. I hope they do, it will be their Waterloo! This was a wise move by Senator Reid. It may save his Senate seat! I just love this. We keep hearing that 75% of the public want the public option and Republican Senators do not want to give it to them. This is great, now the people will take it out on their Senators if they don't give them the public option. People need help.

Many are losing their houses and going bankrupt because of ill health and no insurance. You know, 14,000 every day lose their health insurance. Premiums are going through the roof and will continue to skyrocket. The insurance industry will continue to raise them and blame it on Obama and the public option.
This is a crisis and something has to be done! This was gutsy of Reid, It is about time! Like it or not the system is going to change.
.
The opt out public option won't destroy the industry but they will go up on the rates just to say see we told you. They decide who lives and dies and do not want to be forced to cover sick people.
I heard this morning that the insurance companies take 30% right off the top. That is worse than the Mafia. Vegas is only allowed to take 18%

I also heard that Obama is being ridiculed saying he will cut $80 Billion saving it in waste. I listened to it on Keith Olbermann and there was an analysis done and it was grossly underestimated. It was more like $800 Billion because of waste and fraud. Expensive tests are given when not needed to save the Doctor time to squeeze in more patients.
Expensive procedures are used when a cheap one would suffice so Doctors can make more profit and they are trying to minimize law suits. All this has to stop and I am sure it is much worse.
.
As you may know, Joe Lieberman, Ben Nelson, and Mary Landreaux, Lincoln, and Bayh, are threatening to vote with the Republicans to defeat the public option. With so many people hurting I wish they would. It would be the end of their career. When all is said and done and this comes up to a vote I am confident there will be compromise but it will pass in some form. We better start holding this slime accountable now and at the polls!

* I used to be a fan of Lieberman's if only because his wife is from my town of Gardner and they were here when he was running for President. Forget it! That turncoat was for the public option before he was against it because his state of Connecticut's insurance industry gave him a million dollars. He used to represent the 68% of blue voters that make up his State. They better start calling out their turncoat Senator! Get rid of him.He does not represent them or America only the insurance industry! * IT IS TIME FOR A THIRD PARTY! We no longer have a party that represents the people. The hell with the phony tea partiers being called the Real Americans. THE REAL AMERICANS BETTER STAND UP!

I understand that even if it passes it will not be in effect until 2013 meaning those that think they will get instant relief are going to continue to hurt for years! The way things go 2013 would be early and I expect much later is more like it. That it will happen and a public option looking more likely bodes well for Obama in 2012 but only if our economy, the average Americans economy improves as the other economy the economy of the wealthy is now! The only way our economy will recover is if health care reform is passed with some form of a public option is passed. I believe op out in the end will make enough op in to get it passed!

As you can see we must pass this and can not put it off as it will take years to get it activated and those against it will keep prolonging it. I hope all Democrats remember Teddy Kennedy. Hear his voice and come together to give health care to all Americans. Think of his legacy! Conservative Democrats seem to want nothing but to stand in the way. They have to be put in their place by Obama. He must grow a spine!

Obama should stand up and let Democratic Senators know that he will campaign against any one that votes against the public option. Lieberman threatens to filibuster his friend Harry Reid's Bill but Reid said that though Lieberman represents Connecticut's huge insurance Industry his friend will not disappoint him in the end. Lieberman he said is the least of his worries though I do not like him always making his worthless self the center of attention!

I hate to be the voice of doom and gloom, but I doubt that anything truly worthwhile will energe. 2013????? Do you realize how many people will die between now and then? Add to that, the Insurance Cos will be screwing us full steam ahead up until that date. It needs to be enacted in 2010. If it passes with the 2013 date, Democrats are gonna get their clocks cleaned in 2010 and 2012. Mark my words.

That 2013 thing is a bit of a bummer, at the very least the curtailing of insurance companies denying coverage to existing insurance holders should be implemented right now, so should pre-existing conditions denial. These things are the first steps to real reform.

Jim I'm sure there's been a lot of arm twisting going on in the background that we know nothing about otherwise it wouldn't have gotten this far.
Once the bill is passed and made law Obama can tweek things with executive orders in a reverse way that Bush did when he was in power. Bush was always ignoring the laws passed by executive order and signing statements.
I'd still like to see a British style healthcare system here but I know that won't happen any time soon. How did they ever get that done over there?

Brother I know many see this as a victory but insurance companies and Republicans will make sure it is a defeat. I just saw Boehner call it a government takeover! I posted the video on all voices.

Brother I know many see this as a victory but insurance companies and Republicans will make sure it is a defeat. I just saw Boehner call it a government takeover! I posted the video on all voices.

Holte I firmly believe there will be no recovery of our economy without some form of public option. I see insurance companies and Republicans making sure it is a defeat. It absolutely sickens me seeing how vile they are. Did you here Boehner?

If the Brits can do it we can too! The insurance companies own and control us and the government. They control who lives and dies. They do not want to lose control that is the whole issue! I have to wonder how this is going to turn out when all is said and done?

If the Brits can do it we can too! The insurance companies own and control us and the government. They control who lives and dies. They do not want to lose control that is the whole issue! I have to wonder how this is going to turn out when all is said and done?

Hi Jim,
How are you?
Well, as someone who pays into, and has benefitted from the British system, maybe I should "speak"...the National Health Service isn`t perfect, but it covers everything from cradle to grave, hospitals, doctors, nurses, psychologists, therapists and...
Dentistry, Acupuncture, optical procedures, drug addiction, alcoholism, autism, any and all ailments are within the remit of the "Service".

All who work are expected to contribute, through the tax system.

There`s pros and cons, I guess, and people are still free to choose "private" treatment, but whether in times of national disaster and contagious disease, or even just a case of childhood rashes, it`s comforting to know that anyone, anytime can walk into a hospital, a doctors` waiting room, or call an ambulance, even advice over the telephone is "free".

It`s "joined up" with the police and Fire service, social care workers, and interfaces with the coastguard and military too....

Landsker-
Just about the whole world is more advanced than America in health care availability. Why won't we change, and model our system after other countries successes? The answer to that is simple.

If we didn't think of it first, it can't be any good. We view ourselves as the smartest, brightest, and most capable people on earth. It's a shame; because the easiest person to deceive, is that person staring back at you in the mirror. This applies to everything, from the simplest, to the most complex issues. We can make excuses to justify any action, or lack thereof, and make ourselves believe it.

This mindset is at the root of our quagmire in Iraq and Afghanistan. Afghanistan is known as the 'graveyard of Empires', yet our arrogance leads us to believe that we are smarter, tougher, and more righteous than any of the peoples of history.

Those who cannot learn from history are doomed to repeat it.
~George Santayana

Hi Landsker
I am fine hope you are too! Thanks for the links. Every system has problems but in the so called civilized world none more than ours.

We should have a system such as yours but the insurance companies who own us, the politicians, and the Government, do not want their gravy train stopped but stop it we must if we are to have a future.

Brother that's funny! You would think I read your comment before replying to Landsker!