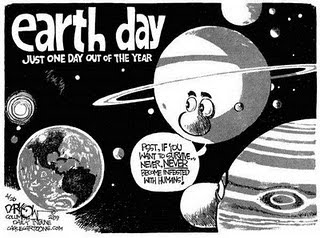 Earth Day 48 years later and we are all the worse despite it!

We celebrate earth hour, earth day, earth week every year and every year we get much worse. Last year was pretty bad! Besides the normal suspects of our pollution problem which will follow I want to remind you of this: Global nuclear cover-up, Depleted uranium, Gulf war Syndrome,increased Autism Diabetes Cancer, they won't admit it but Now you know why! Leuren Moret is a whistle blower from the Livermore Lab. In her presentations she exposes shocking and highly suppressed facts about our Government poisoning is with radiation right at this very moment.

Leuren documents every statement she makes with research documents many of which are actual Government Data to draw their conclusions. Did you know that diabetes, Autism, and other forms of mental illness are caused by exposure on nuclear radiation. No wonder Diabetes and Autism are on the upswing and supposedly no one knows why. You have to believe they do not want you to know the truth here too. watch the video of Lauren speaking the truth about the nuclear coverup

We are giving our soldiers a death sentence. Why are we not testing our soldiers? You know why! Anyway it is also blowing over the rest of the planet causing Americans, Europeans, and others to die from radiation diseases. Global nuclear cover up

After happening onto Fabien Cousteau discussing the fact that it has now doubled in size in just 2 years and is now twice the size of Texas I was stunned and wanted to point this out. Fabien Cousteau on the dire condition of our ocean

Continent-sized swirl of rubbish raises alarm , it is a horrible new Habitat

* We are drowning in trash. A family of 5 generates 25 pounds of trash a day. What is our Population? Figure it out!

* We use 100 million plastic bags per year. Enough is enough!

* In closing we are running out of potable water and at the same time much of our chemicals we use to grow our food ends up in the ocean along with all our other debris. As a result the monstrous garbage swirl in the pacific described above is only one. There are many and they are in every ocean. The debris field in the pacific is 90 feet deep. We have to do something. We are drowning in our Garbage. It is taking over the world. The world as we knew it is already gone. The world as we know it is right behind unless we wake up and yesterday not next year!

James Joiner
Gardner, Ma
http://anaverageamericanpatriot.blogspot.com
Posted by jmsjoin at 2:30 AM 4 comments: Links to this post