Middle class tax hike Obama's "read my lips No new taxes" That will guarantee a one term Presidency! 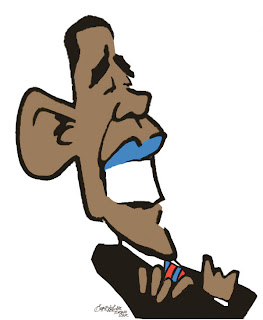 Remember when Obama was running for President he said if you make under $250,000 you will not see a tax increase. No increase in gas tax, sales tax income tax capital gains tax, nothing. Remember Daddy Bush's read my lips no new taxes? On top of everything Obama has gone back on that will be the straw that broke the camel's back. If he does that and right from the beginning it was obvious he would have to that will be to his discredit and guarantee that like Daddy Bush he will be a one term President. Is Obama about to raise your taxes

Now as should have been stated at the beginning We are being told all options are on the table. This is terrible, it is just what we need to finish off the middle class if there still is one. I am sure you do not feel the recovery but just yesterday we started hearing growing rumors of a recovery. So I wake up this morning and I was listening to Geithner say that a tax increase for the middle class is now on the table. Just who is the unfortunate middle class anyway? They want to raise our taxes while at the same time we are being told unemploymrnt has not peaked yet. Geithner Says Unemployment May Peak in Second Half of 2010

Here in Massachusetts are State taxes just went up Saturday and our alcohol is now taxed at the same 6 1/2 percent.Gas is going up again and foreclosures and job losses continue. Recovery? Higher taxes now? They are purposely trying to destroy us. Supposedly a new tax hike would be to help pay off the $11 trillion in debt "we are all benefitting from" Yeah! They will increase our taxes to help pay for the banks, the insurance companies,and auto companies we bought to keep Capitalism alive while destroying average Americans.

Is a tax increase in part to help pay for the the watered down health care plan? They can increase taxes so they think because they are going to help with Health care? The $1 billion that was set aside for the cash for clunkers program went over so well they are going to allot another $1 billion. My first thought was average Americans are finally getting help but BS! Most do not make enough to buy a new car anyway now on top of everything else we are told our taxes could be raised. That means they will be when they figure out the best way to optimize robbing us again.

I had a very interesting conversation yesterday with a friend who happens to be a nuclear scientist and anthrax specialist who agreed with everything I say. He is going to White Sands New Mexico tomorrow. He is a consultant and will be doing some tests for the government for a week. He is going to look up one of my sons there preparing for Iraq.There was also 3 boys there going in the military to serve their country but their motivation was a job.

Anyway my consultant friend agreed that people are being led over a cliff like Lemmings and no one is saying anything. When are people going to wake up and speak up? Anyway he said Obama will get all the money he wants but if he discontinues Iraq or Afghanistan whoever is behind the right will have him killed like JFK,, RFK, and MLK. Just imagine if that happens! That is what concerned me right from the beginning.

A week ago Obama reiterated there will be no tax increase for the middle class whatever that is? Health care will not be his waterloo. increasing the middle classes taxes will be his Waterloo and ours. His ratings are mot going down for nothing.Geithner says this will require hard choices. That is code for "you are going to get screwed again while more giant bonuses are being handed out using our money to companies we bailed out. Why is it hard choices always fall right on our backs? It is only a matter of time until we break. How much more can you take before you break?

Lawrence Summers Director of the Economic Council and Alan Greenspan both backed up Tim Geithner. Greenspan? his misdirection got us into this mass in the first place. What is the Government doing listening to him? What credence does he have?What the hell is wrong with us? When are people going to wake up realize they are getting reamed and do something about it?

James Joiner
Gardner, Ma
www.anaveragepatriot.com
Posted by jmsjoin at 8:55 AM

So many serious concerns...and I share them with you. It just helps me to see this in print. It lets me know that I'm not alone. Sounds like that was a good conversation you had yesterday.

Brainwashing works-that's all there is to it.

If Obama steps out of bounds from the playing field explained to him - harm will come to him. That man is correct.

Jim before you pick up the pitchforks and torches stop to consider that Massachusetts already has a healthcare tax or requirement. If a national plan is put in place then you won't need a state plan. From what I've heard of your state plan it's not working the way it was planned. I've heard that a family of four is having a hard time finding a plan that the state says they should be able to afford. Is that true?

I think I've written about this before. That healthcare would require some type of tax to pay for it. When you stop to consider that we now pay twice what the other industrialized nations pay then it follows that the system needs a shake up. It appears to me that the feds want to try and pull private money (profits) out of the insurance companies. I see nothing wrong with that if we get a system that works. I do have a problem when my life means nothing more than a line on a balance sheet. I'm more than willing to pay taxes for this if I know I'll get something for it and I'm in the situation where when I'm working my medical is paid for much like the senators. It would be nice to have healthcare when I'm not working but we haven't gotten to that point.
I'm sure the republicans whined when Johnson passed medicare but ask them if they would eliminate it now and I think you'd get a fight. Same with social security. So I think you see my point here.

All right Billie nice to see you as always! No you are not alone I just wish for once we would be listened to and make a difference instead of talking to ourselves.

You got it Tom
It is scary because of course he is right. He was right in everything he said. What he said about the Anthrax was real interesting. It sickens me that when the truth is spoke you either die mysteriously or are dismissed as a conspiracy theory.
It was funny as the two of us started getting into it everyone went outside and we were alone. I gave him my sons cell so they can hook up in White Sands!

Hi Demeur
Yes we do and it is touted as the example of a plan to stay away from. Many here put up with the fines rather than get a plan they can not afford. State Government is going bankrupt and the effort after years of trying to find something doable for those without has petered out.

Patriot - If he has raise taxes, so be it. I would rather an Obama raise my taxes, than a Bush give me a rebate.

He is probably in greater danger than any president, but that was true while he was a candidate.

During most of the 2008 campaign, the economy seemed stable even though it was the beginning of the recession. No one in their right mind would think Prez O would not raise taxes under these dire circumstances. I have no problem with it.

btw, if the economy keeps improving, which it's beginning to, Prez O will be a two-term president despite the friggin' birthers!

He just didn't say he wouldn't raise taxes, he swore it and said that this included any way shape or form...

Anything to get elected huh?

I agree Holte but it will guarantee him a one term Presidency I believe.

Hi Karen
I tried to tell people in 07 we were being set up for a fall but everyone was enjoying the false believe we were doing great. It really peeved me to see the stock market continuing to go up on lies knowing it should have been going down.

Hi Michael
I know, I hate it. If you say it that is it it's bible! I was watching him say that today but I'll watch the video so thanks! The White House said Geithner got carried away but It was probably planned because now they can test the waters.