Monstrous Debt, A Larger military,permanent military presence in the middle east, Israel attacked Syria, What will the outcome be? 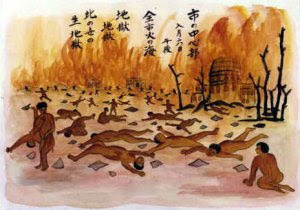 The Hell on earth Bush created for iraq will encompass the middle east then the world!

I just spent hours working on a story and lost it so I will now do this from recollection. I heard this morning that Former Federal Reserve Chairman Alan Greenspan, in a scathing book, blasts President Bush for "out-of-control spending" that resulted in huge budget deficits.Greenspan's memoir blasts Bush on deficit spending
I first have to say wasn't he the idiot in charge of the fed at the time? Why didn't he speak up? I also remember quite a while ago that there were calls for a larger military and my first thought was Here we come Iran. Now we have Bush admitting to what many of us knew from the get go and that is that he wants a permanent military presence in the middle east, starting with Iraq

Due to his great success in Iraq he wants to spread it throughout the entire middle east and there will now be a permanent US military there. He bragged of the Iraqi Government succeeding in half of his expectations. Besides the fact that the Government can not supply life's basic needs to its citizens and things are mush worse than under Saddam Bush is happy. Well today I hear that Al-Sadr is now pulling out of Al Maliki's Government that he was responsible for getting elected because it is not working.
That Bush created civil war will get exponentially worse and Bush promises to spread it throughout the entire middle east. Right from the beginning I have written numerous times that Bush will find his excuse to attack Iran, it will most likely be this fall before Congress can thwart him, and coming to Israel's rescue would be his most likely excuse to do it.

Then I heard this morning that Israel attacked Syria. The Sunday Times of London provides additional information on the September 6 foray of Israeli warplanes into Syria, claiming that Israel "blew apart" or possibly hijacked a nuclear cache, uranium enrichment facilities, or other non-conventional weapons equipment furnished by North Korea.
The report begins by saying: "It was just after midnight when the 69th Squadron of Israeli F15Is crossed the Syrian coast-line. On the ground, Syria's formidable air defenses went dead. An audacious raid on a Syrian target 50 miles from the Iraqi border was under way."
The Times claims that an Israeli advance team from a top-secret special forces unit was already in place on the ground. "At a rendezvous point on the ground, a "Shaldag" air force commando team was waiting to direct their laser beams at the target for the approaching jets. The team had arrived a day earlier, taking up position near a large underground depot. Soon the bunkers were in flames." Of course there are promises of retaliation!
story

Putting this entire still just developing mess into perspective think of this! The hell Bush created for Iraqi's and promises for the entire middle east will happen. This is success to him! New world Order he calls it! Can anyone really think that Bush's world record Deficit can be decreased when he has promised a larger military and our military to be in the middle east permanently. The idiot was lying but he himself said his created trillions in debt he put on our kids shoulders was because we are at war.
It will only get much worse as he sets up camp in the middle east and finds his excuse to attack Iran and everyone else over there. This will only lead to Grossly larger deficit spending, irresponsible Government, and a necessarily much larger military.
I can only conclude that the entire middle east is going to be hell very soon and Bush will be the only one Happy. He is having a ball I am sure. If we are to stand a chance at stopping this we are going to have to gather in the streets like never before and we are rapidly running out of time. Yesterdays DC protest I thought was great but we are going to have to rally in the streets DC time a hundred thousand and then I still don't know. Bush has unleashed a Hell on earth using fighting terrorism as an excuse that will leave only one Happy person alive and that is him!

Hey Patriot I don't understand why bush wants to attack all these countries when he cant beat iraq.

there were probally more people there than at the ONE Million Man March....it doesn't matter how many hit the streets- the MEdia shuts it down....and so does Bushco...we need a General Strike...

Here is a link for someone trying to organize a General Strike.

Hi Holly
His intention never was to defeat Iraq but to attack them in order to get ur military into the middle east to fight and force his new order.
His plan is working well that is why he claims success when the rest of us want something else called peace so see failure.
Sunni and Shiite are fighting each other as expected and Bush will be freed to take everything away from them as planned. Or so he thinks but he is wrongly dismissing the two unknowns in this who both have designs of their own and that is China and Russia.

enigma
Great and I agree! Short of that we will accomplish nothing and nothing will get done. Larry just sent me a link on someone who is starting just that and I am going to that next. Please check it out! I would send it to you but knowing Larry he sent it to you too.

I was encouraged by the march on DC. I think the Die-In was a great idea and we need more civil disobedience.

dusty
So wasn't I. I am afraid though that if we are going to get Congress to do anything concrete and stop what is about to happen, DC will have to happe times 100,000 and in countries around the world and that will not happen. This will not be avoided and will not be good.