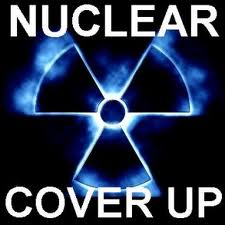 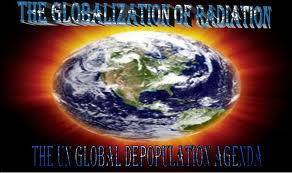 Global rates of cancer could rise 50 percent to 15 million new cases a year by 2020, but one-third can be cured and another third prevented by curbing infections and through lifestyle changes, experts said on Thursday.

Since I became aware of the fact that we are in every regard living a total lie it just amazes me the bull shit excuses and lies we accept as truth just to keep us placated. This is no exception. You have to be kidding me. We are supposed to fall for the BS that one third of the new cases of cancer can be prevented by curbing infections and changing our lifestyle's.

Just what does an infection have to do with getting cancer? Someone please tell me. Sure the level of obesity I see today really worries me and a lifestyle change in the regard of eating right and getting some activity going in many sedimentary lives is critical to preventing numerous ailments but cancer may be one of the but the least of them.

Yes I do agree 100% that we are responsible for most of the increase in curable and incurable diseases but they are due to our all encompassing level and types of pollution. Air pollution, water pollution, ground pollution, acid rain, all are problems due to the normal suspects but it is the role nuclear assets particularly was plays in out environmental and life problems that concerns me most of all and it is never mentioned. Remember this?

CDC: Autism is more common than previously thought: Autism rates continue to skyrocket, according to the Centers for Disease Control and Prevention, which released new figures today, showing a 23% increase from 2006 to 2008. One in 88 American children are now on the autism spectrum, the CDC said, up from 1 in 110. The figures are even higher for boys, with 1 in 54 8-year-olds now counted on the spectrum. It's not known whether these increases are due to better counting or should be blamed on something in the environment, or, most likely, a mixture of both.

"While we're not completely sure of what is driving the rise in autism cases, it is certainly striking enough to warrant exploring in detail the possibility that environmental exposures contribute to this," said Marc Weisskopf, an epidemiologist and associate professor at the Harvard School of Public Health, who is studying a possible link between air pollution and autism. "There are plenty of other reasons to avoid chemical toxicants, but we can't yet pinpoint whether one of these is a culprit in this rise." One little word, Man!

Those on the top and in the Government will never admit to the truth as we know. Didn't anyone ever put two and two together before? I have been trying to point it out for years but some like to call it conspiracy theory but it is not. Doesn't it seem odd that at the same time Autism is rapidly climbing we had Fukishima? We are increasingly spreading nuclear fallout throughout the world's food chain and system. We are increasingly using depleted uranium in our war heads.

I was watching a program about a scientist who did a fraudulent study on Autism being attributed to flu vaccine and thought I should get the truth out on this once more: Global nuclear cover-up, Depleted uranium, Gulf war Syndrome,increased Autism Diabetes Cancer, they won't admit it but Now you know why! Leuren Moret is a whistle blower from the Livermore Lab. In her presentations she exposes shocking and highly suppressed facts about our Government poisoning is with radiation right at this very moment.

Leuren documents every statement she makes with research documents many of which are actual Government Data to draw their conclusions. Did you know that diabetes, Autism, and other forms of mental illness are caused by exposure on nuclear radiation. No wonder Diabetes and Autism are on the upswing and supposedly no one knows why. You have to believe they do not want you to know the truth here too.
watch the video of Lauren speaking the truth about the nuclear cover up

We are giving our soldiers a death sentence. Why are we not testing our soldiers? You know why! Anyway it is also blowing over the rest of the planet causing Americans, Europeans, and others to die from radiation diseases.

Remember Chernobyl? That too is affecting all of us as it only takes one year to mix globally. This is all something our Governments do not want us to know. I was really surprised to hear the Queen has a great financial interest in Uranium mines around the world. I was blown away to hear that there were 2 million new cases of Diabetes around the world in one year.

It is not just Britain and the U.S. that do not want the truth known, there is a Global Conspiracy on the issue because other governments are also involved in nuclear programs and they don't want their citizens to know the real reasons why their children are being born with severe anomalies and why the diabetes rates are soaring worldwide. This is just amazing! Watch the video and the cities around the world that are least affected will blow you away. Washington DC is the lowest in the country. What a surprise.

This all amazes me in light of the Manifesto to the World I wrote detailing what is happening and why, and what we will do to the planet someone has to be able to live and be sustained on, and hearing routinely the rattles of war threatening to make things even worse!