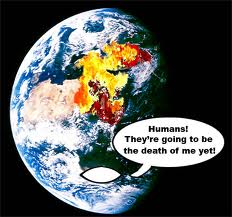 I was watching a program about a scientist who did a fraudulent study on Autism being attributed to flu vaccine and thought I should get the truth out on this once more: Global nuclear cover-up, Depleted uranium, Gulf war Syndrome,increased Autism Diabetes Cancer, they won't admit it but Now you know why! Leuren Moret is a whistle blower from the Livermore Lab. In her presentations she exposes shocking and highly suppressed facts about our Government poisoning is with radiation right at this very moment.

Leuren documents every statement she makes with research documents many of which are actual Government Data to draw their conclusions. Did you know that diabetes, Autism, and other forms of mental illness are caused by exposure on nuclear radiation. No wonder Diabetes and Autism are on the upswing and supposedly no one knows why. You have to believe they do not want you to know the truth here too.
watch the video of Lauren speaking the truth about the nuclear cover up

We are giving our soldiers a death sentence. Why are we not testing our soldiers? You know why! Anyway it is also blowing over the rest of the planet causing Americans, Europeans, and others to die from radiation diseases.

Remember Chernobyl? That too is affecting all of us as it only takes one year to mix globally. This is all something our Governments do not want us to know. I was really surprised to hear the Queen has a great financial interest in Uranium mines around the world. I was blown away to hear that there were 2 million new cases of Diabetes around the world in one year.

It is not just Britain and the U.S. that do not want the truth known, there is a Global Conspiracy on the issue because other governments are also involved in nuclear programs and they don't want their citizens to know the real reasons why their children are being born with severe anomalies and why the diabetes rates are soaring worldwide. This is just amazing! Watch the video and the cities around the world that are least affected will blow you away. Washington DC is the lowest in the country. What a surprise.

This all amazes me in light of the Manifesto to the World I wrote detailing what is happening and why, and what we will do to the planet someone has to be able to live and be sustained on, and hearing routinely the rattles of war threatening to make things even worse!

Most of the things you mention are nothing compared to what we're dumping into our rivers and oceans. That plastic grocery bag can land up broken down and fish food back in the food chain that we land up eating.
To top this all off we're creating hundreds of chemical combinations every year that never existed before. And it's taking years to find out what effects they have on the human body.
Our government agencies aren't set up properly to deal with this situation even if they were honest. Money is still the base factor.

As long as poisoning the Earth with toxic pollution is profitable, and the polluters own the politicians, we won't see it abate. Once again I find myself lucky to be as old as I am. My heart aches for the young.

I agree with you Dmeeur it's terrible what we have done to this planet isn't it?

Dave sadly you know it will always be profitable. Like you I really feel bad for my sons and Grandchildren.

When I say that to them they just shrug and say they'll be all right. I can only hope so.

They love having people chasing Carbon dioxide and ignoring the real pollutants, such as those mentioned here.