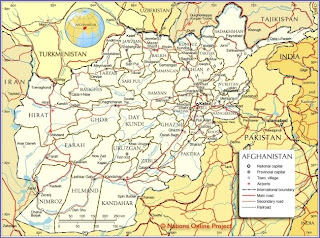 The deadliest group of Taliban fighters in Afghanistan "the Haqqani's" have not conducted a complex large-scale attack in the capital city of Kabul for seven months, its momentum stymied as elite American-led commandos have escalated raids against the militants’ bomb makers and logisticians. In the past three months alone, commandos have carried out 1,784 missions across Afghanistan, killing or capturing 880 insurgent leaders. Taliban Fighters Appear Quieted in Afghanistan

New and increased drone attacks come in Khyber, an area abutting Afghanistan’s Nangahar province, that’s been notably drone-free. It has become an area for militants fleeing military action in South Waziristan. They also bring the drone-strike tally for this year up to 113, more than twice last year’s 53 strikes. But those figures don’t begin to tell the whole story.

As you know, the US is increasingly taking matters into its own hands inside Pakistan. The Haqqani's network and their increasingly foreign fighters have become the main focus after 9 years of fighting. The Haqqani's Network's North Waziristan leadership -- usually called the Miram Shah Shura consists of a number of Haqqani's family members and closely associated long-serving commanders.

At the top of the network is Sirajuddin Haqqani who oversees the group's political and military activities and is the main liaison to the Mullah Muhammad Omar led Quetta Shura Taliban, the Taliban's leadership body (named for the capital of Pakistan's Baluchistan province). He is also one of the network's liaisons to Pakistani Taliban figures and al-Qaeda.

He travels or should I say "did" regularly into Afghanistan to coordinate with field commanders and occasionally to Peshawar and South Waziristan to connect with militants there. Remember Bowe Bergdhal? There are many field commanders in Afghanistan, but turnover is high because many get killed or captured. The most prominent is Mullah Sangin, who is believed to be holding Pfc. Bowe Bergdahl a captured U.S. soldier and Zakim Shah the movement's shadow governor of Khost province who reportedly was just killed.

* Yes Mullah Sangin of the Sangin province where the tribal uprising is taking place against the Taliban.The notorious Taliban stronghold has been bitterly contested by insurgents and drug traffickers ever since British troops arrived in 2006, but the government revealed that tribal elders, backed by some local insurgents, have agreed to stand up to the Taliban.

It was also announced that that one group of insurgents have already handed in their weapons in an attempt to join a local peace process in Sangin. They are fighting back, this is what has been happening in Pakistan and what had to happen in Afghanistan. Under the arrangement, local Taliban fighters will stop attacking US and Afghan forces and will keep non-local insurgents out of the Sarwan-Qala area of the upper Sangin Valley, according to a spokesman for the Helmand governor Gulab Mangal.

Foot patrols by government forces will continue and local people will be expected to help clear areas of homemade bombs and tip off local police as to their whereabouts.

"There was no signed agreement but we believe this will create the opportunity for other Taliban fighters to come and join the government," said Daoud Ahmadi. He said that the Afghan army, police and US forces were all represented at the traditional tribal Shura last Saturday and that some of the tribal elders had been given authority by the local Taliban to speak on their behalf. Afghanistan hopes tribal uprising will bring peace

I was listening to ex Taliban fighters and their Commanders who fought NATO and the US for 6 years saying they figure the Government now cares about them so they have now stopped, They point out besides they are sick of fighting and we are leaving anyway. Great! That Is what I was hoping for from the beginning. At least long enough to let us leave then they can kill each other again.

America and NATO must get out! We have been there over 9 years, more than twice as long as WW2, now our longest war! Our soldiers did their job leave now with heads held high not our tails between our legs like in Saigon! Give food and supplies to the Afghans and if they want their freedom they will fight for it like the Pakistani tribes are.This is Afghanistan graveyard of Nations. Cheat history get out now this really is beginning to look promising. Now if we'd just start next year as planned and finish withdrawal by 2014 or sooner.