Al-Jazeera has declared war on Palestinians 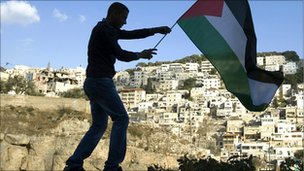 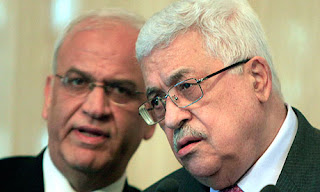 Al-Jazeera has declared war on Palestinians

Leaked documents released by al-Jazeera TV suggest Palestinian negotiators agreed to Israel keeping large parts of illegally occupied East Jerusalem. Whose side is Erakat on anyway? Erakat: This is part of campaign targeting the Palestinian Authority, Abbas refused to make far-reaching concessions on Jerusalem; Abbas: We have nothing to hide. What the hell do they call giving away Jerusalem? Nothing will make Israel happy! I am sick of this so called negotiation. No I am not Palestinian I just believe in honesty and fair play and we are seeing nothing but lies and deceit from the so called "chosen ones"

Erakat calls the documents a distortion Again I say Palestine has already given enough, whose side is he on?

The Palestinian's have given away enough. Israel will only be happy with Palestine as a subservient slave State and that will never go over with Iran and Syria. Netanyahu does not want peace until he gets everything he wants which includes all of Jerusalem. We have to take care of our own and let them hang themselves. Ahmadinejad was right in one thing when he said years ago that is Europe and the US felt so bad for what happened to the Jews in ww2 they should have given them part of their country. We would have no problem then. We are as guilty as them for not enforcing UN resolution 181. Resolution 181 that was established in 1947.
Make them go back to it and call it a frigging day!

I have been sick of Israel's lying about wanting a compromise, a two state solution. Ehud Barak had a viable solution Benjamin Netanyahu shot down. Netanyahu's lies to provoke and prolong this impasse holds the day. I am sick of this crap, I am sorry!

Netanyahu disavows Barak plan on sharing Jerusalem BS, it is integral and proof Netanyahu does not want peace but all of Jerusalem!


Lack of a peace solution to the Israeli crisis we created keeps being blamed on the Palestinians and I for one am quite sick of it! Israel could lease Palestinian lands in exchange for Palestinian statehood: report I am thinking this can be done after all my apprehension. With Palestine rebuffing Iran, Iran would be the one left out in the cold however Israel does not want this to succeed. Leave Israel to her own demise, I am sick of the lies!

They say that Palestinian refusal to recognize Israel as a Jewish state shows they are not serious about two-state solution. What about Israel's refusal to go back to 1967 borders, to stop building settlements, or to let Palestine have a homeland free of Jews if they want? What about UN resolution 181 established in 1947?

PLO wants map from US with future Israeli border Can you blame them?

Vice Prime Minister and Strategic Affairs Minister Moshe Ya'alon said that he saw "no chance of reaching a peace deal with the Palestinians in the near future". There is no way in hell ever because neither side really wants it. They want the other subversive, end of discussion.

"In the eyes of Palestinians, the occupation began in '48 and not in '67," Ya'alon told Army Radio. "Not only Hamas thinks this – Abu Mazen [Palestinian President Mahmoud Abbas does too." I think that too! I refuse to believe we took it upon ourselves to displace the Palestinians and give their land to the Jews in 1948 because we felt bad for them.

I reiterate: Palestinians for their part are doing their share for peace but it is futile: They are willing to let Israel control the wailing wall and just want East Jerusalem as their capital but there is no way in hell Israel is going to give that up as they swear it belongs to them. It does not belong to them. They do not want peace unless they get everything they want and they will not. This will only end in war and we will be dragged in. That is why Bush ignored Afghanistan to get into the Middle East. Right from the get go helping Israel against Iran was the goal.

Again I reiterate there will never be peace in the Middle East, period! Israel wants it her way and Iran/Syria want Israel obliterated, period, seems like peace is in Palestinian hands and depends on how much they are willing to bend because Israel will not. * The ball is in Israel's court and I do not like what they are doing with it as they want to hold the ball till they get their way. Well the heck with them, we have given enough force their hand!

Judging by the maps you've posted I'd say Israel won't be happy until there's no green spots to be found. Much like small puddles evaporating in the desert sun Israel will have it all.
Most of the Palestinians who could afford it moved to Jordan and other countries long ago.

Demeur they want it all and I am sick that they are getting away with this. I blame the west for letting that pestilence in there.