America: Living to fight as it appears or Fighting to Live as we are told? 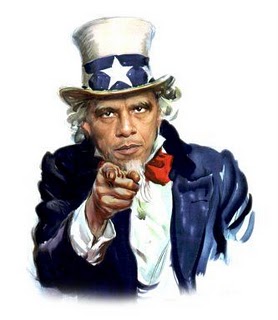 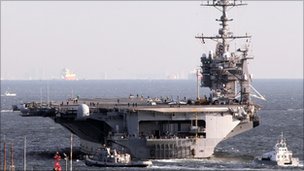 Below from counter punch is an interesting article written in 2003 about our 227 years of warfare. 7 years later and nothing has changed. We are still at war without as break and much to come in Bush's forever war I guarantee will dwarf the 100 years war. I have 3 sons in this and at this point they look at it as job security. Jim who retires in 5 years plans on going to Afghanistan after and leading or commanding troops in combat.

Otherwise war with Iran and Syria  is coming, Somalia, Yemen, what the heck is next. Look at North Korea and China. I no longer am sure about our past, our many wars, and why we really fought them. Are we fighting to live or living to fight? What about Syria and Iran both which we have egged on for years?

The Perle-Wurmser policy document demanded: 1) Destroy Yasser Arafat and the Palestinian Authority, blaming them for every act of Palestinian terrorism, including the attacks from Hamas, an organization which Sharon had helped launch during his early 1980s tenure as Minister of Defence. 2) Induce the United States to overthrow the Saddam Hussein regime in Iraq. 3) Launch war against Syria after Saddam's regime is disposed of, including striking Syrian military targets in Lebanon, and targets in Syria proper. 4) Parlay the overthrow of the Ba'athist regimes in Baghdad and Damascus into the "democratization" of the entire Arab world", including through further military actions against Iran, Saudi Arabia, and "the ultimate prize," Egypt. a clean break Think about what is going on now in Egypt, Syria, and throughout the middle east. Now do you see it differently?

I was listening again to the number of Americans killed in past wars including the civil war where some 562 thousand lost their lives as you know, fighting amongst ourselves. At first I was focused on the wasted lives in Iraq and was wondering how many there would be when all is said and done as well as feeling there is no foreseeable end. then I went to this list and I wanted to compare how many lives were lost in wars in contrast to how many we lost fighting amongst ourselves.

The numbers were getting too convoluted for me to come up with anything tangible I thought. I then was looking at the immense numbers of conflicts and wars we were in and I decided a comparison of war years to peaceful years would be best to tell our story. I couldn't figure it out. I was floored by the number of conflicts and wars America has been in since our founding and thought I would say we have only had approximately 50 years of peace and supply this link on our war and peace History.

Then I went back to Google and I found this compelling story by Jon Stanton showing that America has been at war openly or clandestinely essentially since we were founded. I merely want you to see what is out there and think about the whole story. Having read what he wrote I thought there was something at least worth reading, thinking about, and putting in perspective.

I never read him so I researched him and found him to be a Virginia based writer that writes from a left wing perspective and I am afraid I agree with much of what he says. In fact I have written much of it myself in the past. I am not a warmonger I am a peace lover so I thought I would give you the link to Jon Stanton's book 227 years of warfare written in 2003 and you could tell me what you think. 227 years of warfare

14 years later and you can make that 241 years with no end in sight. Now Syria and Iran. Hezbollah? WTF?

It did make me remember that I did a diary a while back in which I said the U.S. has a war economy and some took exception to that but looking at our History of wars our fault or not I really have to wonder, what are we? I am a peace lover willing to fight for my country as are my sons as you know but are the leaders of America particularly our President fighting to live or living to fight? what is happening to us? How are we supposed to feel? Whatever the future our children will be fighting!