Is Iran a Religious military dictatorship? You bet 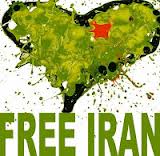 Remember this? Barred from poll, Rafsanjani calls Iranian leaders ignorant and incompetent. This election will be much worse than 2009 but in the end?

Barred from poll, Rafsanjani calls Iranian leaders ignorant: Former president Akbar Hashemi Rafsanjani has accused Iran's leadership of incompetence and ignorance just days after he was barred from standing in an election next month, the opposition Kaleme website reported on Thursday. Rafsanjani's comments appeared to add to the political conflict between those loyal to the leadership and opposition groups who have been marginalized since post-election unrest in 2009.
"I don't think the country could have been run worse, even if it had been planned in advance," Rafsanjani said to members of his campaign team on Wednesday, according to the Kaleme report. "I don't want to stoop to their propaganda and attacks but ignorance is troubling. Don't they understand what they're doing?"

Of course they do! Rafsanjani was President after the Iraq war and rebuilt Iran. He became known as the easy man because he got things done. He is what is needed today. As a result the current regime looks at him as a threat to their warring regemin. Disallowing him from running is probably going to get things much worse because of the IRG. Remember the Iron fist they used on the people after the corrupt 2009 election. The people were finally quelled but we knew they were not silenced. 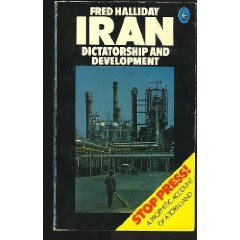 Is Iran a Religious military dictatorship? You bet

I say it to often today that once our so called leaders mention that something is an issue it is too late to do anything about it because it has gone too far. That is the case with Iran's clandestine nuclear weapons program and also labeling Iran as a military dictatorship. We have discussed this numerous times in the past. The fact that it is, is a long given as certainly events since the stolen election have proven. Iran's Revolutionary Guard is in charge!

On top of all the instigating Iran is doing in every instance I am very concerned with her desire for nuclear weapons, her willingness to use them, and the fact that we gave Iran her nuclear start in the 50s. The nuclear program of Iran was launched in the 1950s with the help of the United States as part of the Atoms for Peace program.[1] The support, encouragement and participation of the United States and Western European governments in Iran's nuclear program continued until the 1979 Islamic revolution that toppled the Shah of Iran. We are so concerned about Pakistan and Iran today in regard to nuclear abilities and nuclear weapons and security. I was blown away to find out that we built the first nuclear Reactors in both Iran and Pakistan. 1953 atoms for peace

Reading the book by Con Coughlin titled Khomeini's Ghost - The Iranian Revolution and the Rise of Militant Islam while as usual not totally correct it certainly makes you think and put everything in its proper frightening perspective. Please look at the book review and decide for yourself. From Khomeini's response on his return to Iran after 15 years of exile to today's events it all makes sense and the world better be concerned as there is more than idle threats and braggadocio coming from Ahmadinejad. Khomeini's Ghost - The Iranian Revolution and the ...

A reminder: When asked by a journalist how he felt upon returning to Iran after 15 years in exile. Khomeini’s curt, one-word reply “nothing” Whoa! From day one of his return to Iran Khomeini expressed no love for Iran only a love of the atom bomb. The drive even then was to possess a nuclear weapon though that desire is still denied until Iran can get their hands on one.

I have tried to give Iran the benefit of the doubt when they say their nuclear desires are peaceful knowing they could use nuclear power as an energy source for their growing population. I have always asserted that perceived need could be cover for the real goal of developing a nuclear weapon. I now believe it is!

IRG Ahmadinejad, the stolen election, the killing and imprisonment of the children of the Revolution, the violent crushing of all opposition, the clandestine nuclear program, It is all making sense, beware! Natanz, Qom, Isfahan, Bushehr, Natanz, how many more nuclear facilities? How will this end?

As this ratchets up instigated by the Basiji and the IRGC another reminder! You know how I feel about Iran's Revolutionary Guard Command, but now there are many pro Government citizens calling for the death of those against the current regime and the IRGC! Like most I believe the election was stolen. I originally thought it had to be known right to the top but I do not think so. I now thing even Ayatollah Khamenei was duped about the stolen election. Some not all of the clerics have been dragged into bed with the IRG!

As you know, the IRGC was set up to protect the ruling authority after 1979 and are supposed to be controlled By Ayatollah Khamenei's authority. I know Ahmadinejad and 2/3 of his first 21 member cabinet are ex IRGC members and that simply reinforces that I am right to believe the IRGC has become the final authority not the Supreme leader.

The IRGC is in control of furthering Shiite demands around the Middle East! You know by now what they are doing in Yemen, Iraq,, Syria, and everywhere they can in the Middle East. I now believe Khamenei is the power behind the crackdown but he is unknowingly enforcing a lie! Iran will not give up her nuclear weapons designs and will never give up power or efforts to dominate the Middle East. Ahmadinejad and the IRGC are the driving force and will not relent. Increasing sanctions will only work to defeat all the opposition has done.
Having said that, it will be interesting to see if Khamenei in the end allows Ahmadinejad's close ally Esfandiar Rahim Mashaie to run. I doubt it because they do not want to see their instigating come to a halt. As long as we can keep from conflict with Iran I firmly believe that the people will rebel again and it will be much worse than 2009 with the same result. I for one do not like it but?

You know, I have long said that Iran’s civilian nuclear program is a cover for their nuclear weapons program. You know that Arab leaders feel the same way. They fear a nuclear arms race and I can only conclude that knowing how far along Iran is and how they feel, that they are hedging their bets and an arms race is already under way clandestinely. The only question is when will it become an overt arms race and just how big the middle east explosion I have been predicting since Bush attacked Iraq, will be?