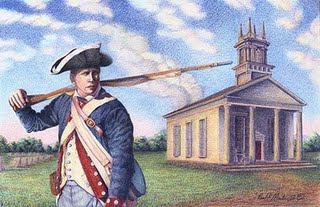 John Kenneth Galbraith was dead on when he said corporations were too powerful and had to be reigned in. Instead they are still getting bigger and more powerful. We are now a Corporatocracy controlled by the corporations. Our Supreme court gave them the right to spend as much money as they want to get what they want.

We are seeing right now the dangers to the planet and society of giving too much control to oil and energy companies. Remember when Bush and Cheney met secretly in the White House with the so called energy Czars? They decided what was right for them and their and Cheney and Bush's wallets while disregarding us and the planet. Cheney said they did not have to use the 1/2 million dollar acoustic valve that would have prevented this disaster.

The rest of the world by law has to use them but here they do not because this country belongs to the corporations not we the people. The companies that were working on the platform being questioned by Congress merely lied and put the blame on everyone else. Another worthless inquisition as those being questioned are in charge not that charade of a Congress. We have got to take our country back somehow!

In the 1950s, John Kenneth Galbraith cautioned that corporations were becoming too powerful. In the 1960s he warned President Kennedy about the dangers of unilateral military action abroad. Son of a gun!

He continually criticized conservative administrations' fiscal policies. He tried to bring environmental issues into the limelight. Son of a gun!

"He was a half of a century ahead of his time," said his biographer, Richard Parker.

His influence remained relevant long after his 1958 work "The Affluent Society" argued that the American economy produced individual wealth but did not adequately address public needs such as schools. Son of a gun!

The Canadian-born economist and unabashed liberal served as adviser to Democratic Presidents from Franklin D. Roosevelt to Bill Clinton and was John F. Kennedy's ambassador to India.

Galbraith, who was outspoken in his support of government intervention in social and economic problems, became a larger figure on the American political scene after World War II. How the hell can you justify ignoring a source of wealth like this?

Although an economist, his impact reached far beyond economic circles. He thought across disciplines, Benjamin Freeman, a Harvard economics professor and friend of Galbraith's said, "Not just in the field (of economics), but broadening the discourse to encompass the world at large."

With having advised the likes of Presidents Roosevelt, Kennedy, and Clinton I think he had a proven record of success.

His 1958 work "The Affluent Society" argued that the American economy produced individual wealth but did not adequately address public needs such as schools. Son of a gun! He hit the nail on the head, John Kenneth was 50 Years ahead of his time! We keep seeing the results of not listening to John Kenneth Galbraith.

Anyone who tries to reign in the Neo-Liberal Vulture Capitalism which runs this nation will be defeated. Goldman Sachs, Mitt Romney, the Koch Brothers and Paul E. Singer and those who profit from Legerdermain, pollution and gambling rule this Nation.