I wanted to discuss the latest in Bush's corruptive efforts of total control as he undoes more than 230 years of legacy, once again I must digress! 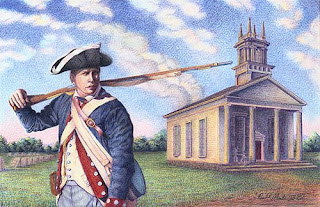 I wanted to discuss the latest in Bush's corruptive efforts of total control as he endeavors to undo more than 230 years of legacy. I wanted to discuss today's installment of the corruption in this Administration as Housing and Urban Development Secretary Alphonso Jackson said his resignation will take effect on April 18. The move comes at a shaky time for the economy and the Bush administration, as the housing industry's crisis has imperiled the nation's credit markets and led to a major economic slowdown. Housing Secretary Alphonso Jackson Resigns Amid Mortgage Crisis, Federal Probe

I wanted to discuss Bush's latest threats to Congress! Addressing reporters, Bush said Congress should pass a free-trade deal with Colombia, a law to modernize the Federal Housing Administration, and an update to a law allowing eavesdropping on suspect terrorists. Bush Calls on Congress to Pass Free Trade, Housing and Terrorist Surveillance Laws

I wanted to discuss Bush's latest power grab as In a speech today Treasury Secretary Henry Paulson unveiled a plan that would put the Fed--which has taken an expanded role in providing liquidity in the market during the problems with subprime mortgages he irresponsibly engineered and the collapse of Bear Stearns in charge of “overall issues of financial market stability." Agencies would be merged Agencies would be phased out, in addition a new role for an inter-agency coordinator for the President's Working Group on Financial Markets, which would help manage the goals of the disparate regulators. Plan to Overhaul Financial System in mis-Administrations favor

However while we are falling apart and being dismantled here in America I have to breakdown to reality the latest so called success in Iraq because as usual it is not what it seems and it is not success! One day after fighting between the Iraqi government and Shi'ite militias escalated alarmingly, anti-American militia chieftain Moqtada al-Sadr extended an olive branch. On Sunday Sadr told members of his militia to stop appearing in the streets with weapons and to halt their attacks on government institutions.
It appeared on Monday that militants had heeded Sadr's call in Basra. Reuters reported that armed fighters were no longer in the streets and that the city was calm. In Baghdad the situation was less clear. The government lifted a city-wide curfew in all but a few militia strongholds, signaling that fears of truly disastrous violence had begun to subside. But at least some militants either had not yet received or were choosing to ignore Sadr's directive. Monday morning rockets or mortars once again slammed into the U.S. and Iraqi headquarters in central Baghdad. Sadr's Ambiguous Ceasefire Offer

* While this is lauded as success at the middle east Summit hosted by Syria Iraq refused to endorse the final declaration of the Arab summit on Sunday because it did not condemn terrorism in the country, a divisive end to a gathering marred by disputes and boycotts. Iraq's Shiite-dominated government has long accused Sunni-led Arab governments of not taking a strong enough stance against Sunni Arab fighters who made up the backbone of Iraq's insurgency. The Iraqi objections came when Arab League chief Amr Moussa read out the "Damascus Declaration" for the delegations to approve. The document called for "Iraqi brothers to stop bloodshed immediately and preserve the lives of innocent citizens" and for hastening the "end of the foreign presence" in Iraq. Iraq Refuses to Endorse Summit Statement

They wanted an end to bloodshed at the hands of Iraqi brothers and they called for hastening the "end of the foreign presence" in Iraq. that was a no Go! There is no peace settlement in Basra and there is no chance of peace in Iraq and the middle east. This is merely a lull as those prosecuting the breakdown Bush set in motion regroup! Police in Basra were taking off their police uniforms BUT keeping their US supplied weapons and training as they go over to the Mahdi Army's side in the battle between them and Maliki's militia. Maliki had to extend his dead line and tries to bribe people to stop fighting him.

** The US still can't even keep the "green Zone" safe, so special instructions are made to US personnel in that heavily fortified place in central Baghdad. fighting also did further damage to Iraq's already pathetic infrastructure, as well as to oil facilities and pipelines, damage that might run into the billions of dollars.Why couldn't the Iraqi military handle this fighting after four years of training and billions of dollars spent on that training. Why weren't the Sunni groups Petreaus is paying being brought in to defend Iraq from the extremists? Why weren't any Kurdish units involved? I don't see any success here. I don't see any accomplishments. I don't see any gains. I only see a curtailment of bush's Iraqi breakdown until Al Sadrs group, The Sunni, Iran's group, whoever, regroup, resupply, and rest up so they can continue to fight our presence which is their prime goal and the goal of those at the summit. I don't see the right thing happening and this Iraqi middle east breakdown will progress!

James Joiner
Gardner Ma
www.anaveragepatriot.com
Posted by jmsjoin at 10:24 AM

As much as Bush and McConJob want to take credit and call this temporary cessation of most active hostility a permanent achievement, the fact here is that Maliki failed in his stated goal to disarm the Mahdi army. Furthermore, Al Sadr would not have declared the order to stand down has Iran not intervened and told the Maliki faction to back off.

tc
I have to agree! There is no success here. they discarded there uniforms, kept their weapons, and once they catch their breath and resupply they will continue.
Even the middle east want us out. This will soon despite bush and magoon get a lot worse and encompass the entire middle east thanks to Bush!

They are just holding out for more cash and weapons. Soon Bush will offer them bribes to stop fighting.

We'll give them a few billion dollars and lot's of new weapons, then after a time go back to battling them again.

Bush understands that to keep a fight going forever, you have to equip your enemies and give them time to regroup on occasion.

This way you can keep winning forever and never end the war.

weaseldog
As you depict and it is true, Bush is doing everything to ensure many years of war in his Forever war. We are paying the Sunnis and I understand Maliki is offering money to the Shiite that is undoubtedly ours. That is only temporary as you know.
Until we leave we are only giving them a chance to rest so they can fight us tomorrow. There will never be victory there on Bush's terms. We must leave now and fight from here!