I wanted to discuss South America and the middle east but As Republicans desired we are Bloodied, for the sake of our future we must unite! 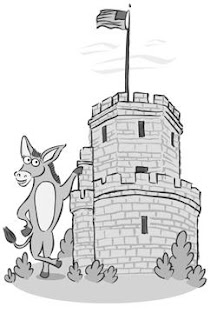 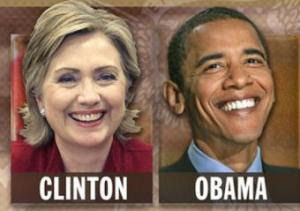 I also wanted to discuss the growing conflict between Israel and Palestinian militants that will continue to erode as the entire middle east continues to explode because of Bush because the chief idiot is still stupidly saying there will be peace between Israel and Palestine before he leaves office. he stupidly says he has 10 months left and it is a long time but man this is the middle east not America. Bush is optimistic but there will be no peace

China and Russia are increasing military budgets and readying for war with us again thanks to Bush. In light of events in yesterdays primaries resulting in Hillary coming back and vowing to continue I thought it more important to discuss this because I am sure Ohio, Texas, and Rhode Island, will be on everyone's agenda today. I do not want to discuss it myself but want to discuss Democrat's and the importance of us to unite behind whoever!

* Now, we all know how critical it is to our future that the Democrat's take back the White house in November! it has already been a long dirty season but the worse has yet to come. Republican's are pretty happy about Hillary's come back yesterday because like Limburger was hoping, they wanted Democrats to continue in fighting and bloodied and battered while the Republican's unite behind their candidate McCain which is now the case. I do not want to discuss yesterday's results or who would be the best to lead us and win in November! In light of the fact that the first two subjects are just a small sample of what Bush has guaranteed for our tenuous future and that McCain vows to continue Bush's war mongering agenda it is of utmost importance that Democrats unite and defeat McCain.

* Like many of you, I have already had my mind made up for me a few times as to who I wanted to represent us in the Fall. like most I wanted Al Gore because I still believe he is the absolute best for the job of cleaning up not only the environment but the mess Bush has made of the world and our America. Due to his refusal to take another chance I decided to endorse Edwards as I thought he was best outfitted to pick up our cause and unite the party in order to take back the White House and rebuild our America that Bush destroyed in order to emplace his version. When Edwards dropped out I decided to hang my hat on Obama who I felt would unite Democrats and be able to beat McCain in November. I still believe that but yesterdays events and hearing this morning that the chief idiot was endorsing McCain changed all that.

** I came to the conclusion this morning that I was no longer interested in counting delegates and worrying about whether or not Hillary or Obama would win the nomination. I must admit that I am not a Hillary fan but I think I am warming to the thought that she may be our nominee. She has certainly been tenacious and will not give up or go away. She originally turned me off with her fear mongering over Obama and she still annoys me a bit. When she first expressed an interest in running I thought okay at least with Hillary you get President Clinton. Two for the price of one. Then he too was turning me off with his negative ignorant mouth during Super Tuesday. He too has learned to keep himself under control as he was doing more harm than good.

** The coup de grace was on my way to the Dentist this morning hearing Bush at the White House endorsing McCain and saying that he was the best man to take on the enemy. I don't know who the hell he was talking about but knowing the low life I automatically interpreted that as us, the Democrats. I still want Obama to lead us but I now realize the enormity of our situation. We must forget our preferences and differences as Democrats and as hard as it might be for some, unite and come out to vote for whoever our nominee is. Don't vote for the Democrat if it bothers you cast your vote against the Republicans. We can not stay home because we do not like the Democratic nominee or for any reason. Not participating in adequate numbers cost us the last two elections. We can not afford to have that happen again. The important thing is getting Democrats back in the White House. The future of America and the world is in our hands folks. Lets not Blow it!

I support Obama, but if Clinton is the nominee, of course I'll vote for her (even if I have to hold my nose.) I believe Obama has a better chance of defeating McCain (barring an October surprise.) This is not the year to protest the system by voting for Nader. There's too much at stake. (I really wish Gore had run again, too!)

Candace
I am to agree with you and I feel the same way. Hillary has turned this dirty and I don't know if Obama can deal with it. I am by no means a Hillary fan but hell we can not have McCain that would be a continuation of this nightmare.
If McCain doesn't get in one underhanded way or the other worse is going to happen.I just laid it out for Dusty and I can get it for you but not without losing this.
Gore was my man to then Edwards but it stinks doesn't it that the best does not always get in. Today it is the dirtiest! Nice to hear from you again. I see you around now.

hi, James--
I'm certainly not surprised dubbya dndorsed McCain.
[and wasn't it SO courageous to wait till Huckabee bowed out before he did it???]

two crows
I just can't stop wondering what underhanded method those asses are going to use to keep their filthy hands in power.
I answered your E and look forward to talking. Brother I told you is going to be calling me to help with my side bar. Take care!

It seems to be the general meme that no one that is informed, is really happy with the candidates.

I've met a few John McCain supporters and they like him because Rush Limbaugh says they should. All they know about him is that he was a POW in Vietnam and so it follows that he is greatest military leader ever known.

Bush still has time to bomb Tehran and leave the mess for the next President to deal with.

weaseldog
it is beyond me how anyone can listen two Limbaugh the two faced lying mouth. He doesn't even like McCain. Bush will attack Iran soon. He has to before he runs out of time or he will pull some other underhanded move. something frigged up is going to happen you can bank on it!
I used to respect McCain while he was in the Hanoi Hilton. Not because he was a war hero but because he showed principle and backbone. He has turned into a sad disappointment!