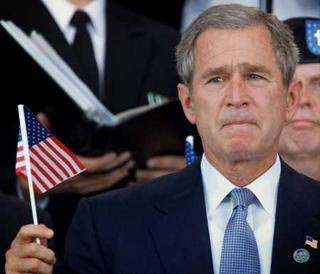 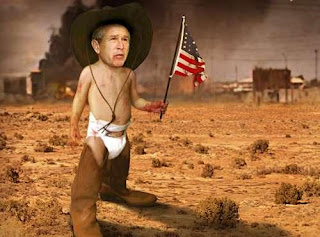 Begrudging lielights of his speech then the ugly facts he created and insists on hiding! I tried to listen to his speech but the idiot thinks his stupid little rebate is going to stimulate the economy after more then 6 years of his destruction. His speech was so full of crap i couldn't listen to it anymore. I went back to it in time to hear him cut the question and answer session short as he did not have the answers. If you missed it and can stomach it Here it is

This idiot insists on hiding the dire facts he has created for our current predicaments and our volatile future. none of it is good and somebody has to step up and get the truth out to our society and make a difference because while Bush the cheerleader says this is just a bump and the future will be great again. He is lying and we here know it and are powerless to get the truth out to someone who matters and can make a difference! As you know, he has destroyed our America while he has been emplacing his version. Food stamp use is up, hell I have to wonder when are these scum going to kill that program that is becoming a reality for a rapidly growing amount of Americans since Bush started his new America? As you know, at this point he has left no stone unturned in his effort to further the cause of the haves and worsen the plight of the have not's. My focus is on the dire situation we have purposely put in and what our chances are of turning this around and getting a Democratically elected Democrat as President this fall. It does not look good despite what the chief idiot tells us so he can continue with his plan for killing our America, installing he new version which is pretty much a done deal, and keeping control over the future of America and the world.

I first have to ask how Bush's "success" is affecting you? I first have to say my thanks that my sons are now adults and responsible for themselves.We hear so much about the price of oil and gas but I don't have to tell you that is just scratching the surface. Absolutely 100% of everything we do, consume, or need for day to day life is affected by the price of oil. our food bill alone is climbing every time we go shopping. The cat Humph! I consider myself luckier than many not because of what I have but because of my lack of debt, my lack of need for any semblance of modern conveniences or comfort, and my ability to do without and grow my own food if I have to and largely live off the land. I am a survivalist but besides that I have had extensive training in growing my own vegetables, keeping them for the winter, raising livestock, butchering and preparing it, you name it! I only wish I did not allow my copious notes to be thrown away and hope the internet will continue to be available as an information source. However I can do without it but do not want to do without communicating with some of you as we go through this mess Bush has created. As I watch the Dollar deflate and health costs skyrocket along with everything else I wonder how much longer I am going to be able to drive the 200 miles to the VA for my appointments and drugs? Again, I will do without!

* Enough of today's dire reality. Let's talk about the idiots BS about better times being ahead! personally I will always have hope for the best but in light of what the Chief idiot has done to our economy and the world and the power he has stolen to control us and the world I find it expedient to prepare for the worst. Especially knowing we are the enemy andf the so called terrorists are merely the tool used to gain control over us and the world. We are not a Democracy. Bush can do absolutely what he wants to us and the world using the excuse of fighting terrorism to dop it. Democracy like his use of Christianity is perverted to fit his need and is merely another tool to follow what he thinks is a hidden agenda.

* Knowing the control Bush has over everything you have to be either benefitting from his new order agenda or a total fool to believe him when he says better times are coming! this slide to obscurity can be delayed until the idiot is gone if we are so lucky. However at that point to truth will be found out and we are in deep trouble. As I look at the growing number of ways to steal an election I have to believe our future will be hell because a Republican war monger will stay at the helm one way or the other. i see our election system increasingly taken out of our hands and controlled by one interest or the other. This is no Demovracy! Inour own party the delegate system is a farce to keep us involved and thinking we matter. The Super Delegates have been initiated to control who party leaders think is best not us. If we are lucky enough to have an election the damn electronic machines can be manipulated to give a desired result and tampering can not be tracked. If that was to fail and it hasn't been, the electoral College can go against what we the people want for a leader and elect who they want. That system is outdated. We can represent ourselves today. If all else fails the legal system can take the election out of everyones hands and elect who they think is right. Bottom line the last two elections were stolen and I fully expect this one to be too. It gets worse!

**You have to believe this new order Forever war is just beginning and is beyond control. Also bush has too much power to be allowed in the hands of a Democrat. His new societal order is well along. His Forever war is now beyond preventing and you have to believe the only way to stop any of it now is if we the people come together and enmasse insist on change and I still don't see that happening. Shortof that We only have to wonder what the idiot feels he has to do to keep his mess going. If they can steal the election for McCain Bush will not have to act. If obama sneaks in then assassination will occur unless he attacks Iran first and a Constitutional Amendment is called for to keep him at the helm of his wars. If he has to I think martial law and cancelling elections will be his last choice but we will see soon. can you believe we are even thinking of this crap? All hell is going to break out regardless plus the country is a friggen mess anyway thanks to that ass!

James Joiner
Gardner Ma
http://anaverageamericanpatriot.blogspot.com
Posted by jmsjoin at 11:19 AM

After you left a comment on my blog, I posted a musical cheat for Friday.

My weekend project is to document my current gardening activities with a short permaculture video. I'll be posting that as soon as I'm done with it.

i never thought i would have to think about any of this in my lifetime. it is still taking me time to wrap my mind around it- but we have to keep resisting! no matter what.

Better times are head...for him...

What's he got to worry about? 10 more months and he's out of here.

He's got money, a vacation home in dubai and a nice Ranch in Paraguay.

Things are looking great for Bush...he has an exit strategy.

Thanks
I was just commenting to you and getting ready to check out your place at utube. Farming is my thing and I have worked on and managed many different kinds. I am going to check utube after I answer a couple comments.

betmo
none of us did but you can't hide from the obvious and must just relax and be prepared because we are not conspiracy theorists just realists!

polishifter
I agree but I am afraid he isn't going anywhere. The scum loves this shit. The more frigged up it gets the happier the fool gets.

Weaseldog
I posted a comment on your u tube video you should be interested in. Robert for one is quite good and having his own studio etc. at the very least would want to talk to you!