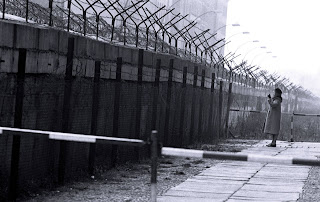 50 years on: Getting over the 'Wall of Shame'

I remember when the Berlin wall fell there were Berliners on both sides of the wall that lamented the fall and wished it was still there. East Berliners in particular were concerned of losing the comfort of communism and feared the prospect of having to compete to make a living under Democracy.

We did not seize the moment when the wall fell. We squandered it in the name of politics. In this case by Reagan, G H W Bush and G W Bush for the Republican Party and their harmful braggart bullying in your face Politics.

Instead of showing the better part of valor and just shutting up and seizing the moment for world unity. They used it to say see we are better than you that is why we beat you. The stellar moment of the fall of the Berlin Wall was negated by Reagan and furthered by G W Bush.

20th Anniversary of the fall and the fall! They were great moments and could have been world changing events but it was not capitalized on for the good of the world but for the good of the Republicans Party and their world dominating fascist agenda.

Reagan, Bush, and other Republican pundits chose to capitalize off the fall of the Berlin wall and the USSR instead of using the moment to unify with Russia for the good of the world and our future. The fall of the wall was a moment for the entire world to share and revel in. We chose to divide and conquer the world instead.

I watched the 20th anniversary celebration in Berlin where 1,000 dominoes representing the Berlin wall all painted by artists around the world were ceremoniously set to falling. It is still a euphoric sight.

I remember 10 years before that when some East Berliner’s wanted the wall back up along with Communism as they found Democracy too competitive. I sensed a change but we blew it thanks to the Republicans and Democrats for not speaking up!

It had been 22 years and now that we had president Obama maybe the true meaning of the fall of the Berlin wall and the USSR will take hold but it has been lost in time. We keep hearing even today that the fall of the wall marked the end of Communism! That is asinine. Isn’t China Communist and using our Democracy and Capitalism very well to further their form of Government?

It is interesting that China is our bank and we can only function today because of China a communist country poised to at least sit side by side as the new leaders of the world.

I do not know if anyone else noted the intelligence of President Obama of not attending the ceremony in Berlin if I remember instead sending Hillary. That would have alienated Russia which Bush would have done on purpose. Obama is smart enough to know Russia is still stinging and we are trying to unite with them too to peacefully move into the future.

We know what was lost in building the wall, we know of the many lives lost trying to get to the west. We commemorated the 50th Anniversary of the walls building but I have never heard of the blown opportunity to unite when the wall fell and the ignorance displayed by the arrogant US instead.

Now with trump all bets are off. I don't see anything good any where in the world and every one on every side is scared shi54ess of trump and what he says and does. Hold on!

It won't be too long before we have walls for our borders, not to keep people out but to keep Americans in.

Hey Dave haw the hell are you? You're right but i suspect probably not actual walls but all kinds of stupid laws that are dual purpose watching and controlling us as well as immigrants.