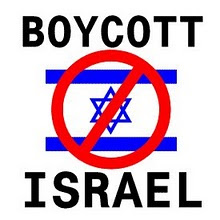 Israel's Netanyahu urges world powers to maintain pressure on "rogue" Iran: Israeli Prime Minister Benjamin Netanyahu urged world powers to maintain pressure on Iran Sunday en route to Washington to participate in a briefing on Iran's nuclear program , according to AFP. Recent efforts to pursue diplomatic routes with Iranian President Hassan Rouhani and Tehran's government, particularly on its nuclear program development, has increased Israel's concerns that Western governments will ease sanctions before Iran implements any substantial policy changes.
"As long as we don't see actions but only words, the international pressure must continue and increase...[with greater pressure], the higher the chance its military nuclear program will be dismantled," Netanyahu said. Netanyahu further remarked that pursuing diplomacy with Tehran could legitimize the "rogue regime."
Netanyahu does not want peace or a 2 state solution. It scares him that we do and that we will give Iran a break.

I am sick of Israel's provocation while they blame it on Palestinian's and the rest of the world. They are the problem not the cure! Iran is a big problem but Israel thinks they are the chosen ones and can do whatever they want. They are the biggest problem and we created her.

UN Envoy Condemns New West Bank Settlements No kidding but damn it they could care less! They will not stop until they instigate a middle east war and overwhelmed as we already are, forces us to have to come to their rescue as I said years ago.

The only thing to do is to force the instigating war mongers Israel to adhere to 181 or leave them to their own demise and Iran would see to it. You know, first reading how Israel and Palestine was allotted their territories in 1948 I do not condone that Israel has not been forced to adhere to that resolution. We, the US Britain and Europe especially are as guilty as Israel for not insisting Israel adhere to UN Resolution 181.

You know I say often that we are Israel's lap dog, her pit Bull that will do the fighting for her when she gets in trouble. Israel I came to realize is the worlds chief warmonger and the US the enforcer. It became obvious that coming to Israel's rescue would be how the US has the excuse to go after Iran. No bargaining make Israel adhere to UN resolution 181, no alternative! It is more than fair and equitable.

The Israel, Palestinian, Iran, Syria, Middle East issue will never be resolved peacefully Knowing that I have to agree with Ahmadinejad when he said if the US and Europe felt so bad for what happened to the Jews during WW2 then they should have given them part of their country.

Israel's ultra secret group of killers inside Mossad unknown even to them "Kidon" is well entrenched in Iran.

Iran vs. Israel: Can Israel and Iran be expected to work toward collective security measures, or are they unable to overcome their deeply engrained theocratic rivalry? By Laurelle Atkinson. Yeah let Iran wipe Israel off the map period end of discussion as far as Iran is concerned!

I reiterate there will never be peace in the Middle East, period! Only the UN wants it, Israel wants it her way and Iran/Syria want Israel obliterated, period. Israel and Iran have long been in preparation for this confrontation. As you know, when asked by a journalist how he felt upon returning to Iran in 1979 after 15 years in exile. Khomeini’s curt, one-word reply was “nothing” Whoa! From day one of his return to Iran Khomeini expressed no love for Iran only a love of the atom bomb. The drive even then was to possess a nuclear weapon though that desire is still denied until Iran can get their hands on one.

I have tried to give Iran the benefit of the doubt when they say their nuclear desires are peaceful knowing they could use nuclear power as an energy source for their growing population. I have always asserted that perceived need could be cover for the real goal of developing a nuclear weapon.

The nuclear program of Iran was launched in the 1950s with the help of the United States as part of the Atoms for Peace program.[1] The support, encouragement and participation of the United States and Western European governments in Iran's nuclear program continued until the 1979 Islamic revolution that toppled the Shah of Iran. We are so concerned about Pakistan and Iran today in regard to nuclear abilities and nuclear weapons and security. I was blown away to find out that we built the first nuclear Reactors in both Iran and Pakistan. Nuclear program of Iran - Wikipedia, the free encyclopedia atoms for peace

I would have to assume this was after we overthrew the democratically elected President of Iran Mohammad Mosaddeq to install our ruthless puppet the Shah of Iran. We built and supplied Iran's first reactor because we thought we were in control. What the hell is wrong with us? That makes us personally responsible for the 1979 Revolution in Iran, the capture of our hostages, the disaster in the desert after a failed attempt to rescue them, the rise of the Revolutionary Guard, the protesters dilemma, the nuclear issue in Iran today, everything!

You know, I have long said that Iran’s civilian nuclear program is a cover for their nuclear weapons program. Now I see that Arab leaders feel the same way. They fear a nuclear arms race and I can only conclude that knowing how far along Iran is and how they feel that they are hedging their bets and it is already under way clandestinely.

On the other side there is Israel! I realized a long time ago that Israel is the world's chief war monger and we seem to do their bidding and fighting. If they get into a war with Iran we will end up coming to their rescue regardless of what they do or what Hillary says and that is sad! We should in fact take care of Jewish American's and American's and our interests in Israel and otherwise tell them in no uncertain terms they are on their own if they continue to instigate war not peace and expecting us to come to their rescue.

There is a US law that prohibits the support of countries that break the treaty in question. Vanunu's information led foreign experts to conclude that Israel had produced fissile material for as many as 200 atomic warheads thus warning other Nation's of Israel's military might. It was okay for Israel why the hypocrisy? Remember Mordechai Vanunu whistle blower of Israel's clandestine nuclear program? Uzi Eilam former head of Israel's Atomic Energy Commission said Mordechai Vanunu did Israel a favor after revealing information about an illegal nuclear program at Israel's Dimona reactor. His information proved that Israel had broken the 1968 treaty on nuclear disarmament and non-proliferation.

There is a US law that prohibits the support of countries that break the treaty in question. Vanunu's information led foreign experts to conclude that Israel had produced fissile material for as many as 200 atomic warheads thus warning other Nation's of Israel's military might. It was okay for Israel why the hypocrisy? Remember this discussion? The US will pay the price for Israel and US nuclear lies and hypocrisy after Israel attacks!

I must admit Israel's hypocrisy and lies are a plan I have discussed often and I have to disagree with Eliam's final assertion. He says an attack on Iran's nuclear program would be counter productive. I beg to differ! The General hit the nail on the head though and does not know it. I have long asserted that Israel would attack Iran's nuclear interests and we would come to her rescue.

That is a fact that is why I find his final statement troubling and prophetic. He correctly said One strike is not practical. In order to delay the Iranian program for three to four years one needs an armada of aircraft, which only a super-power can provide. Only America can do it. Bingo! You know from numerous discussions here that Iran is involved in every Middle Eastern country not just Yemen, Iraq, and Saudi Arabia where they have corrupted elections for Shiite interests in Iraq, backing rebels in Yemen, and instigating attacks on Saudi oil fields. Bush freed Iran to instigate far and wide and they are.

Israel is not going to back down. When all is said and done they know the US will be there for them. It is time for Iran to put up or shut up! I am sure the US plans to come to Israel's rescue and do it largely from the Gulf with numerous carrier fighter groups and they are finished with their 30000 pound bunker buster behemoth to take out underground facilities. Both sides are locked and loaded and Syria is happening at the same time. That is no accident, all we can hope for at this time is to minimize these disasters as much as possible and keep them from turning into WW3.