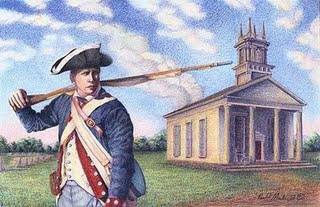 I remember when then President Bush wanted to revamp Social Security but due to outrage he could not. I remember when Mitt Romney was stumping for McCain when he was running for President against Obama and I was horrified when he told the audience the Democratic party was the countries biggest enemy because we tried to take care of the poor, sick, and elderly.

There is no surprise here. Only by me that after all these years people still do not get what is going on. It will be horrible if the Republicans can lie and play enough fools to get back in control to finish us and Bush's agenda off and get their new version of America back on track. I first put this together in 2003 figuring people would see the obvious, get the word out, and act on it. The situation is getting grave people if you have not noticed.

A little reciting and hopefully enlightenment: Bush was following what I know as the Russian Doctrine of Destruction used in the 19th century to tear down the old Government and order and replace it with a new version. Please read this! It is very important and you now know right on: Bush's Forever War! Experts think they found a way around Bush's I'm sick of saying it, Bush won't be stopped and failure to us is total success for him! Before you go on remember he destroyed America and world order completely and flew away proud of what he did. Okay please continue and remember this was under Bush.

I had an interesting series of conversations this I would like to continue as I realized that after checking out a couple stories from supposedly enlightened sources that the supposed experts, the supposed enlightened, and people around the world not just in America do not get it. It is sickening to continue to hear it but those being credited with Political enlightenment do not get the fact that it doesn't matter. Only the all powerful Decider matters and he will not alter his course regardless. A report was issued saying the war on terror is being lost. They do not get it either. It is working. It is all a success for Bush. He needs the terrorist. He doesn't want to wipe them out. They are his excuse to continue his Forever Wars.

First I was sent a supposed enlightened article or thought process. Matt Stoller, one of the most significant emerging leaders of the new political left in this country, has just written a fascinating essay that I think is a real breakthrough in his thinking and hopefully in the strategic thinking of the netroots crowd in general. It might be a breakthrough in thought process but it is worthless against Bush and it better be realized.

Stoller's piece is called smart Trotsky. I mean this as a compliment to Stoller who is trying to weave together the incongruities of passion, earnestness, and purity of motive on the left with a shrewder, calculating, appreciation of domino effects on the political right. The essay is cerebral and cites a comment I made recently and have been making from time to time: "one of the characteristics of modern global politics is how organized minority factions are able to overwhelm majority views." It is frigging worthless, that should have been known for years now.

If Bill Richardson is right and most Americans think that the war in Iraq is against their interests and want the troops to come home, then it's clear that our political structure and the influence of a well-organized minority have been able to shrug off this strong public opinion. People do not get it, majority views,minority views, public opinion, none of it matters. Bush has irresponsibly been given to much power to abuse and he will. His worst damage is yet to come. Only Bush matters!

In this article we hear voiced what we all know and talk about often. The drive to war against Iran is beset by changing rationales. Like the war in Iraq, the administration is trying to find the rationale that sells best. Where is the alternative explanation? There is none. Attacking Iran is one reason Bush attacked Iraq and no one will keep that from happening. On warrant-less wiretapping and other erosions of civil rights, Democrats react. Why don't they create an alternative catch phrase. Some occasionally (actually rarely) use a term, like the War on the Middle Class. Why not actively promote it and use it with every crisis as further evidence? Why not use every instance of privacy violation as further evidence of Bush's War on Dissent?

And why not actively promote the wars in the Middle East as Oil Wars? Yes, such a term may not capture the full complexity of the situation, but Republican "issues" are effective and they are usually mere caricatures of real issues. And why not try to delegitimize the Israeli lobby and its supporters by labeling them tools of Sheldon Adelson, Bibi Netanyahu, and Likud, none of whom really serve Israel's long term interests? A supposed NetRoots Breakthrough

It isn't all about oil. That is a small part of it. I'm sorry but after years of trying to wake people up as to what Bush is doing and why, I can only laugh. I have 7 unpublished books documenting every single misstep. I hate to tell you and them but Stoller and Steve are pretty slow on the uptake. It was obvious to an idiot what has been going on from the start and they still do not have it. I was listening to Pelosi this morning talking about being confused why Bush can't see the effect he is having on the middle class.

Of course he does! He has been purposely changing our societal order from day one and will not stop. Have you read Bush uncovered on my main page? Bush is not failing in the war on terror. To him it is a qualified success. It has to be kept alive for his new world order Forever Wars so it is a complete success to him. He needs to embroil the entire world and he will. If you read Bush Uncovered which I wrote 4 years ago (that's 2003 folks) but no one gets it, Bush is following the Russian Doctrine of Destruction and must create war and disorder to replace it with his new idea of order.I have been trying to wake people up since day one but no one is listening or getting it. I am afraid it is too late as much beyond our control has been set into play around the world. It was never about John Bolton or anyone else like Gonzo. It was and is all about Bushco and pursuing new world order. Nothing else matters period!

No one seems to get it but all the waking up and organizing against Bush in the world is worthless because he was given too much power as a result of 9/11 and the Patriot Act and he can not be stopped unless he chooses it and he will not.Bush will ignore all the horror and attack Iran then the entire world will be engulfed in Bush's Forever War as planned from day one. Then his pundits will call for a Constitutional Amendment to keep him in office and at the helm of his wars. Either that or he will cancel elections and declare martial order which is in his power. People are waking up but it is too late and no one will stop the chief idiot because they do not matter, only the Decider they created does.

James Joiner
Gardner Ma
http://anaverageamericanpatriot.blogspot.com
Posted by jmsjoin at 2:30 AM

You may be right in all this Jim but I think the idea is not so much continual war but the robbing of the nations coffers.
Look at Russia after their collapse. The state owned institutions (business) was turned over to a few hand picked people.
I think the republicans are trying to do the very same thing. They robbed us with the Iraq war (no bid contracts) they robbed us with the bank bail outs. And of course the tax cuts to the wealthy.

Yeah Demeur, I do not care what they say we are purposely going down the road to disaster and the end of our version of America for we the people. I am sick!