All out middle east war will not be avoided: The latest 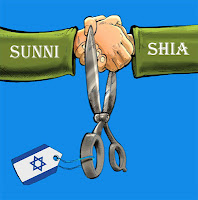 Remember:  US to arm rebels after confirming Assad used chemical weapons. A senior aide to the president, said the US would now provide “military support” to the opposition Supreme Military Council, increasing its engagement in the civil war by both “scope and scale”. However, he stopped short of saying that opposition troops would be armed.

There were reports citing US officials that the US was actively considering enforcing a highly limited no-fly zone to protect rebel training bases in Jordan, but the White House said no decision had been taken.


U.N. Secretary-General Ban Ki-moon is recommending that the 911-member U.N. peacekeeping force in the Golan Heights be bolstered to 1,250 troops.
Ban has warned that spillover violence in the Golan from Syria's civil war is threatening a nearly four-decade-old ceasefire between Syria and Israel. His push to bolster the force comes even as the U.N. lobbies other countries to send replacements for Austrian peacekeepers who began withdrawing from the Golan this week after fighting from the Syrian civil war threatened their positions.


A Syrian government official denounced the attack, saying it was a "massacre" of civilians. In another escalation, a Syrian government helicopter on Wednesday fired three missiles on a border town in Lebanon.
As a whole the so called civilized Nations of the world are bound and determined to start another world war they all mistakenly think they will win. Russia China, Iran, they are all responsible for creating this civil war.

From the beginning of the chaos in Syria we have been saying that Iran more specifically the IRG (Iran Revolutionary Guard) was in Syria helping if not leading the way in trying to quell the uprising along with Hezbollah.


You know Bashar's only friend's Iran and Hezbollah are dictating that this slaughter is a necessity though Syria knows how to brutalize its people all to well. Iran will not allow a Democracy at her doorstep further isolating her.

'Iran building militias in Syria in case Assad falls': The Post quoted a senior Obama administration official as saying that Iran was backing as many as 50,000 militiamen. “The immediate intention seems to be to support the Syrian regime. But it’s important for Iran to have a force in Syria that is reliable and can be counted on,” the official stated.

Now that we know how involved Russia, Iran and Hezbollah are in the slaughtering that is going on around the country that is beginning to look like the beginning of their fight not nearing the end.You have to be very concerned about what is happening in Syria especially.


Russia, China, and Iran are not going to allow Syria to fall to Democracy. What we saw after the voter fraud in Iran was mild compared to what the IRG will do if this movement spreads to Iran. I really wish Bashar would step down but Iran is the elephant in the room any way you look at it. The total middle east breakdown we have written about numerous times is well under way. We can only hope we keep it from erupting into WW3.

By attacking and defeating Iraq we freed Iran up to pursue her version of new middle East order by interfering wherever she could while Bush was doing the same thing with his Middle East Democratization program. I think you can see how successful Bush and Cheney were with chaos creating Middle East Democracy program but you are barely seeing the results they created in Iran.

The goal absolutely is to be the country who decides which direction the new Middle East (dis)order will take. Bush started it by attacking Iraq to get into the middle east to destabilize it and start the new middle east order the idiot said God told him to do now it will be up to Iran and Saudi Arabia at least up front fight it out whether this goes the Iranian Shiite way or the Saudi Arabian Sunni way and do not forget Israel!