I want to start with a clean slate tomorrow so no Hari Kari but look at this mess click on the link that interests you, what do you want to discuss? 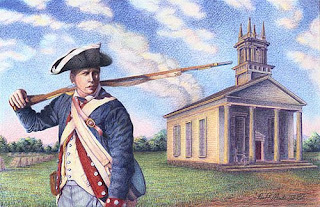 First Ass hole Bush to speak at the RNC tonight via Remote!

Taliban getting stronger so Afghanistan's Poppy trade is down!

War of words between Russia and the US

Georgia was the last straw for Russia

Germany seen as key to Ukraine's ties to the West

Russsia bans poultry imports from US

The return of the Russia the US loves to Hate

US not surprised at Georgia's break of ties with Russia

* What a damn mess Bush has created and this is a tiny part of it! Knowing the Republicans need another team of mindless proven liars to continue their agenda and I am sure he is lying but McCain says he knew about Palin's pregnant daughter! This morning on the radio they were talking about it saying it is no big deal and swarms of Repug lawyers were going to Alaska to fight charges in trooper gate.

Also she was being investigated for firing the police chief who did not agree with her politically. Then the guy said it doesn't bother me that she hid her husband's DUI from 22 years ago or that her Mother in law does not know who she is going to vote for yet because she does not think Palin is qualified.

** The issue to him is that she was a member of a secessionist movement until 1994 to have Alaska break away from the US. Again my question is what the hell is next? We cannot afford to have that team at the helm of the mess Bush has created for our future. Can you imagine self professed "just a soccer Mom" Palin running the country? What the hell is wrong with us?

James Joiner
Gardner, Ma
www.anaveragepatriot.com
Posted by jmsjoin at 9:14 AM

Labels: Bush created world chaos we can not afford to have McPalin at the helm of

Jim, I slept about 3 hrs last night (was tired but couldn't sleep figures) so I'm gonna turn in for a wee nap. I have to say what a veritable smorgasbord..some very familiar 'titles' too.. ah Russia. Putin is making some smart moves I hate to say it. And I don't know if I told you this before but I'm with you; how weird is it to be agreeing with someone who's an ex-KGB controlling people, media and country in Russia. Freedoms are superficial. Did you hear about the guy of an opposition blog/website who got picked up and shot by police? Now we'll never know if the direct order came from Putin himself or underlings but outright dissent is still a dangerous thing to do.
Btw.. the US is looking more like Russia except it's underneath the surface; just try to peacefully protest. No matter if you're 'suburban' or white..it's all equal opportunity harassment and abuse..

Hi Ingrid! You slept 3 hours and you were tired, don't you hate when that happens? Yes it is a smorgasbord! I was going to wipe everything out today and start fresh tomorrow but there were so many home issues I had to pass them up!
Yes we do agree! I have to laugh! Did you hear about the guy of an opposition blog/website who got picked up and shot by police? My first thought was shit I missed that. I was thinking here.
Things are pretty screwed up. This is not the America I wanted my sons fighting for or wanted to pass on to my grandchildren! We are now like Russia of old and heading towards the police state of Nazi Germany! Have a nice nap!

My friend, we have already arrived. Have you not been reading the news from St Paul/Minneapolis? They even roughed up and arrested Amy Goodman. The charges? Conspiracy to riot. Now, even the press is being targeted. The police state and martial law have already been activated, it just hasn't been formally announced.

We must stop living in a state of denial.

And the worst woes are yet to come. Fasten your seat belt, bud, it's gonna be one helluva ride.

Also, speaking of police states, check out the way the cops are dressed, and their actions in the Amy Goodman video arrest. In addition to that, they have also been confiscating cell phones and video recorders.

And check this out, Jim. Food Not Bombs.

Brother you riot!
As I was telling Ingrid I saw the stories of the violent anarchists being arrested but I was on to something else so I saved them for later.
I saw the preemptive raids at gunpoint where they were raiding protester meetings. I keep saying it but this is not a Democracy! It is merely the facade of one so the implementation of the Fascist police State can be installed and it is almost done as you point out!

The right needs 2 more proven mindless liars who will purge all that disagree so this agenda can continue! We can not afford to have that happen! The new societal order American Fascist Police State is almost finished!

Brother
It is funny but i saw those videos this morning. There was one on Ingrid's but an interview of Goodman on Maria's
Funny but every site I have been on so far today has been about the RNC, Palin, this, and continuing this mess so little by little I am building a whole story for tomorrow!

Brother
Thanks for that! That and the raid at gun point of potential protesters at a meeting are what set me off on this issue. They are arresting as many as possible so it looks like a success, Hell it worked for the Chinese! What sucks is you know it will get a hell of a lot worse. You saw a couple weeks ago Police State Madness: Mayor's Dogs Gunned own by Cops in Hyper-Agressive Drug Raid

Jim~ My head hurts from all those headlines. What a reminder of the mess the bushies have us in... *sigh*

Karen
It is mind boggling! I wanted to have a clean slate for tomorrow and I couldn't decide what to cover today so I thought I would just list the issues I had. Unbelievable!
I have to go to the VA tomorrow but All the sites I have been on today added up to a complete story for tomorrow and I keep adding on to this almost completed Police State and Palin's roll in it!
I will post that before I go down there tomorrow!

Watching the RNC tonight as I type this -- question that's really mindboggling is:

Do Republicans truly believe the yarn that Ms Palin is qualified to step in as commander in chief if 72 year old McCain kicks the bucket (assuming they win)?

There's a truly unknown quantity and she will have access to that button when things go wrong... Scary!

hillblogger
They talk a good game but no way in hell! Funny but I spent the day addressing sites and every one was different but on target to make a great post for tomorrow so I totaled all my answers and I will post Palen and McCain scheduled to finish the American Police State.
They needed another mindless liar that will be led not lead so they can continue this mess from behind. Take care and stay in touch!