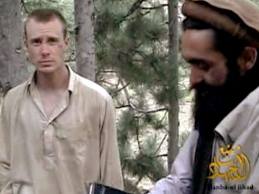 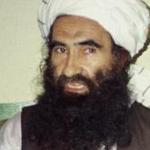 Taliban says won't hurt held US soldier: he U.S. says that Bergdahl has been held by the Haqqanis since 2009."The American soldier is with the Emirate center [a reference to Taliban based inside Afghanistan]. ... The Americans also know it," the Haqqani commander said. "We are not cowards, and we consider it as coward to harm prisoners," he said.

From his home in Idaho, the soldier's father, Bob Bergdahl, welcomed the assurances but was cautious. "That's great news, but we're very careful about the information we digest," he said. Sirajuddin Haqqani, the organization's military commander, is seeking permission from Taliban leader Mullah Mohammed Omar to stage a blitzkrieg of attacks against U.S. forces in Afghanistan, the commander said.


We have heard that Bergdahl has become Muslim and sympathetic towards his captors and their cause but I would expect that real or contrived. This is the right thing to do regardless of how this turns out. He was even promoted to sergeant during his capture.

Remember when Bergdahl was first captured retired Lieutenant Colonel Ralph Peters an ex army intelligence officer I have yet to find any proof of combat duty is willing to condemn PFC Bergdahl for desertion. He said if Bergdahl betrayed his fellow soldiers by deserting while in Afghanistan that he would not mind if the Taliban killed him and save the US time and money. I know Peters is a Faux news pundit but I refuse to believe him or anyone there will condemn a fellow American to serve their Political purpose.

I feel for this man, this is Afghanistan not the US. Do you remember the nonsensical rhetoric coming from Fox news? Fox News Contributor Ralph Peters: Taliban Should Kill Captured US ...

Bergdahl was captured June 30th 2009 under what is still unknown circumstances. Two US officials said Bergdahl appears to have just wandered off his post unarmed. I also heard he just wandered into Town to visit Afghani's he thought had befriended him. I also heard he was drunk and wandered off base to be picked up by the Taliban. Also that he was grabbed by civilians and turned over to the Taliban. I am stunned to hear betrayal and desertion even from a Faux pundit.

I mean come on. This is Afghanistan. We are perceived as the invaders the infidels the enemy unwanted in their country. I can not envision anyone being that naive, that anti American that stupid as to go A.W.O.L. in Afghanistan. We heard the horror stories over the years. These people are among the most feared ruthless combatants in the world. Walk into their hands? Come on! Wandering into the Sahara Desert naked would be preferential.

Bergdahl is an American an American soldier an adventurer by those who know him. I refuse to believe he is totally stupid! Faux pundit Peters has an obvious proven pension for murder.A while back I remember him advocating the murder off journalists by our military. Peters calls for military killing of Journalists

I guess they can be thankful they are going to Stateside prisons because in the past he has also advocated killing all the prisoners in Gitmo. I do not have to remind you that many were known to be innocent.

Many people including me want to see Bergdhal rescued first and then find out the truth. Despite the idiocy expressed by Faux news pundits Bergdahl has a lot of Americans very concerned. Capture of US Soldier, 23, Shakes Small Idaho Town

It is bad enough knowing the Taliban have captured him. I really feel for him knowing the Haqanni's have him. They are ruthless! Sirajuddin Haqqani travels regularly into Afghanistan to coordinate with field commanders and occasionally to Peshawar and South Waziristan to connect with militants there.

You still have to wonder why he was off base at night without any of his buddies with him. I'm not implying anything here just wondering about the facts of the situation.
As for Gitmo of all the prisoners we captured (and there was a lot) only about 125 had any ties to the Taliban or so it was reported. It's been 10 years and most of them have not had a trial. If this were to happen to our guys we'd have constant news coverage and be sending in troops.

I agree with you about Gitmo, I also must say every time I discuss Bergdahl I wonder what made him walk off base at night. I mean come on this is Afghanistan. They say he converted and I often think maybe?