A Kurdish Spring in Turkey and Syria? 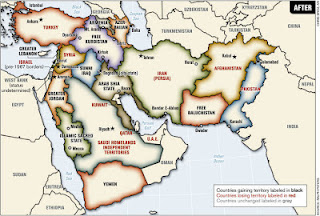 A Kurdish Spring in Turkey and Syria?: The uprisings of the Arab Spring are spilling over into an awakening of Kurdish people and their national self-definition. The Kurds number some 30 million people scattered around Turkey, Syria, Iraq, Iran and the Caucasus. The civil war in Syria has provided certain Kurdish armed groups with the opportunity to further arm themselves and enact a round of attacks against the Turkish Army, hoping to create a second autonomous Kurdish region in the Middle East.

The first being Northern Iraq. Characteristically, Massoud Barzani, current president of the Iraqi Kurdistan Region, said, "The Kurdish nation will be united and the day of self-determination is coming." Since the end of 2011, as the war in Syria was building, Kurdish guerrilla groups in Turkey, such as PKK, intensified their attacks. Since then, hundreds of military attacks by Kurds have managed to inflict great casualties on the Turkish Army

Deadly attack on Turkish convoy: Security sources blamed the Kurdistan Workers' Party (PKK) for the attack. The Turkish army responded to the attack with an immediate operation backed by air power in the larger Bingol area, the Turkish news agency Anatolia reports. Prime Minister Recep Tayyip Erdogan said this week that 500 Kurdish rebels had been "rendered ineffective" by his forces in the space of a month. The government often uses the phrase to mean killed.

He specified that 123 militants had been killed over the past 10 days near the south-eastern border with Iraq. PKK attacks on Turkish targets recently escalated. Dozens of Turkish troops and civilians, including children, have been killed in recent bombings blamed on the group. The PKK has been fighting for an ethnic homeland in south-eastern Turkey since 1984.

Turkey launches military drill on Syrian border in apparent show of muscle ...: The Turkish government last week said Turkish Kurdish rebels have seized control of five towns along the border in collaboration with Syria’s Democratic Union Party, or PYD— an ethnic Kurdish grouping. Turkey alleges that many of the rebels migrated to civil-war engulfed Syria from bases in northern Iraq.

The Turkish military has targeted rebel bases of the outlawed Kurdistan Workers’ Party, or PKK, in northern Iraq several times in the past, and the government hinted that it would not hesitate to do the same against any rebel position in Syria.

Remember, the Kurds want their oil and their freedom. That is only one small fact Bush ignored to attack Iraq so he could help Israel and instigate war with Iran.

Remember, the Kurds are Sunni and al-Maliki Shiite. Al- Maliki and Iran see Hashimi and the Kurds as a threat to their dominance in the new middle east order. The Kurds wanting a free Kurdistan are now a people without a country"

Kurds are a dispossessed people whose natural homeland stretches across much of the Middle East. A substantial number of Kurds live in Iran, which is as close to a mortal enemy of the United States as there is in the world today. American support for reclaiming those colonial possessions of Teheran and the incorporation of those lands into Kurdistan would roughly double the area of the Iraqi Kurds.

A significant, but smaller, number of Kurds live in Syria, an enemy of America and was a supporter both of the Iraqi insurgency and of international terrorism. If the Baathist regime did not give up its Kurdish lands, then the Kurds, with American military support, should smash the Syrian Army and force as humiliating a peace treaty as possible on Damascus.

The majority of the thirty million or so Kurds, however, live in Turkey – almost one quarter of the population of Turkey. That, more than anything else, has stayed our hand so far. Kurdistan with the southeast quarter of Turkey is a fairly large nation. Traditionally, Turkey has been an ally of America, but that has been changing fast and Turkish support for American policies has always been based entirely on cynical self-interest.

We owe Turkey – neutral in World War Two and our enemy in World War One – nothing. Our support for Turkey costs us the goodwill of Greeks, Armenians and other European nations that suffered through centuries of Turkish oppression. It also has cost of much of the goodwill of Kurds, who would otherwise welcome the presence of a superpower that was not intolerant, not Arab, and sought nothing but friendly relations with it.

Another important reason for supporting a true Kurdistan is that the Kurds are a genuinely diverse people. Although they were forced to covert to Islam, today only about seventy percent of the Kurds are Moslem, and many of those only nominally, Jews, Christians, Zoroastrians (or a faith much akin to that) and Bahai have lived within the long-persecuted Kurdish community with their first allegiance as Kurds, and there is no single branch of Islam that clearly dominates the Kurdish community.

Kurdistan could then be a democracy with an Islamic majority that was genuinely inclusive of all faiths, both needing the support of all Kurds to survive (much like Israel) and also because of centuries of living largely underground, tolerant of all Kurds. There is little doubt that it would become an affluent nation as capable of defending itself as Israel is today, and that along with the establishment of a truly free and democratic Lebanon, would create three strong, free and prosperous democracies which would naturally become allies or at least friends.

The dismemberment of Iran, which would lose ten percent of its population, and the humiliation of Syria, which would be forced into a very precarious position, would be great peripheral benefits. The downside has always been the impact on Turkey.

Iraq's ethnic Kurds maintain an autonomous region that comprises three of the country's 18 provinces. In recent months, the Shiite-led central government in Baghdad, which includes some Kurds in prominent positions "or there were", has accused Kurdish leaders of attempting to expand their territory by deploying their militia, known as pesh merga, to areas south of the autonomous region. Among other things, the Kurds and Iraq's government are at odds over control of the oil-rich city of Kirkuk, which lies outside the autonomous region, and over how Iraq's oil revenue ought to be distributed.

What a mess the already volatile Middle East has become since Bush was told by God to attack Iraq to get into the Middle East to straighten it out. He freed up Iran to instigate wherever she can in order to have her idea of a new Middle East order not ours. Will we ever find a balance again?

Many of us have said numerous times that Bush was advised before hand that if he attacked Iraq he would destabilize the middle east. He knew before he ignored all good advice that the neighbors would get involved and they are. He knew that it was most likely that Iraq would be divvied up between the Kurds, the Sunni's, and the Shiite and it will be. In the past I have written extensively the entire middle east would blow and then the entire world would be involved in war.

I know that Syria, Turkey, and Iran are fighting Kurds that are looking for Autonomy but never really thought that a free Kurdistan would encompass areas of Iran and Turkey as well as Iraq. knowing the close American Kurdish relationship I really have to rethink what Bush's real goal was here and despite kurdish hopes I see them as being able to take no lands from any country but to continue to be a nuisance..

I don't think the Kurds are that hell bent on forming a country other than controlling the area of northern Iraq with it's oil. After all when you're living in several countries as these people are you tend to go with local customs and traditions etc.