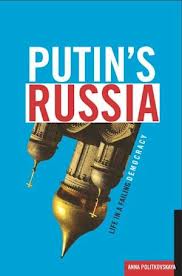 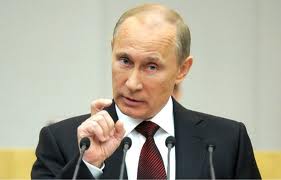 Radio Liberty ends Russia broadcasts :  As of November10, licenses held by companies who are at least 48 percent foreign-owned is forbidden. Liberty, known locally as Radio Svoboda, receives funding from US Congress and was set up to cater for countries where there are restrictions on information. “The aim is to inform people, because there’s no free access to information, there’s no freedom of speech. Everything is controlled by the Kremlin.
Radio Liberty will now concentrate on digital platforms, causing job losses for more than 40 people and, according to some, muffling criticism of Russian President Vladimir Putin.
Analysis: Political Winter Descends on Russia  Putin seems to be taking a big political step back to the Soviet Union. For now, these conservative new laws seem to be having a chilling effect.  Lipman and others say the goal is to return Russia to the apolitical days during the boom years of the 2000s.


During this decade, Russians largely traded their political freedoms for the freedom to travel, to buy, and to make more money. Oleg Kashin, a radio analyst for the Russian daily Kommersant, says get used to it. President Putin, he says, is taking Russia down the road of neighboring Belarus, a nation run for 18 years by Alexander Lukashenko, often called "the last dictator of Europe."
I told you, be very concerned. Remember when he was rallying and uniting the world to take on Bush and his drive to dominate the world? Absolutely as the world's mayhem ensues amidst its drive to dominate as we move through the 21st century is Putin's only agenda. It is an old thought.
I remember when term limits made him have to leave last time. There was immediate speculation as to him taking back the Presidency after his term as PM. Well beware ,it is time and he will not be denied.


From Russia: Of course Putin does not care but there was a sobering shock for Putin's party who has been intimidating and gaming the system for years in his effort to get his fascist hands on Russia again. This is proof positive of Russians' increasing suspicions of Putin's authoritarianism, ingrained corruption and falling living standards. Putin is not to be trusted and Russians have felt his grubby little hands around their necks for 12 years as he intimidates and tries to control Russia's future for his party.

Be scared be very scared! The USSR's Mikhail Gorbachev has warned that Russia risks six lost years when Vladimir Putin returns to the presidency, echoing rumblings of dissent over his Kremlin comeback. I always find myself agreeing with Gorbachev but that is putting it mildly. This is bad news for the US and the world!
This is very concerning.

I remember back in 2008 when Putin was going to try and be President for life. He was not alone. Leaders aligned with Russia were all trying to get permanent leadership so they could be at the helm of their prospective countries to take on then President Bush when his war mongering hit the point where Russia, the 135 non aligned Nations, Iran, and others were prepared to join forces and take him and our allies on.

I remember when Bush first met Putin and he said he shook his hand and looked him in the eye and saw a man of compassion, a man who was true to his word, and a man he could work with. I shuttered at Bush's stupidity. I looked at Putin and saw a man deceitful to the core who was not to be trusted period.

We were too pompous then and were pushing the world towards WW3 with our take it or leave it, my way or the highway, interference around the world. Putin was determined to head us off, to directly confront us when we were on Russia's front door trying to instigate war by installing the so called missile shield in Czechoslovakia and Poland, and return Russia to the role of a world leader.

Personally we blew it when Russia broke up and the Berlin wall came down. We were the world leader and had the perfect opportunity to be humble, show we were the leader, and bring the world together to proceed successfully through the 21st century.We egged on the likes of Vladimir Putin who understandably chaffed under our we are the boss do what we say take it or leave it, it your face tactics of Bush and Cheney.

I had great hope when we elected President Obama who set the reset button with Russia and Russia who had elected Dmitri Medvedev who agreed to work with the US to proceed through the 21st century as partners instead of heading towards WW3 as adversaries. In Medvedev we see in his eyes and actions a man we can and do work with.

With the return of Putin to the Russian Presidency I am again very concerned and see an end to a partner country whose leaders words and actions we can trust and a return to a confrontational relationship with Russia. I do not like the man, I do not trust the man, and I am very concerned as to which direction Russia and the United States are headed now and at a time when China is surging militarily.

We must maintain a balance as we try to move progressively and successfully through the 21st century! Being in a superior position puts one in a unique position of power and that power must be handled gracefully, with humility, responsibly, and not abused. That is something I taught all my sons and America under Bush did a lousy job of handling.

We need Russia on our side. I am a little worried that China too is getting a little too heavy handed and abusive with her new position of power and beginning to take what she wants instead of being content with what she has which is what I constantly lecture has to be the case if we are to have a future.

The time when man and the planet could handle war is over, period or else! Be very concerned for our future! Not just Russia but the world is headed to a very violent future and hopefully not a very violent end.